Alternative Uses For The Walkie Talkie No.1

By M@ Last edited 113 months ago
M@ Alternative Uses For The Walkie Talkie No.1

The developers of 20 Fenchurch Street — popularly known as the Walkie Talkie and, lately, as the Walkie Scorchie — are to erect a protective screen while they contrive a more permanent solution to its dazzling reflections.

We say: don't change a thing. Sure, a few posh cars might be damaged, and a couple of local shopkeepers may need compensating. But leave the hotspot in place. It should only appear for a few sunny days each year, and over time would become a popular quirk of the city, which would draw tourists and locals alike while making the building world famous.

In this spirit, we're starting a new, irregular series looking at alternative uses for the building. Some have already suggested tanning booths, solar energy collection or egg frying. But the possibilities are endless: 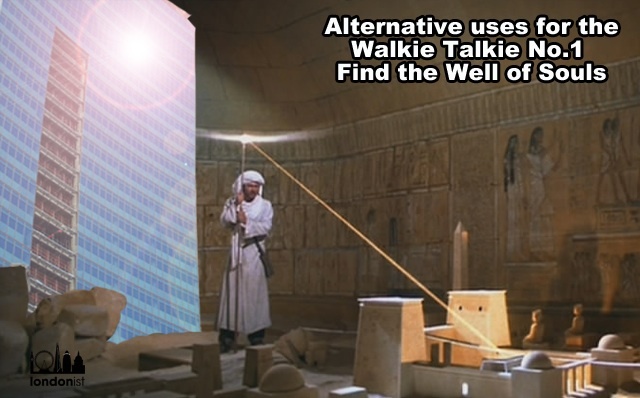