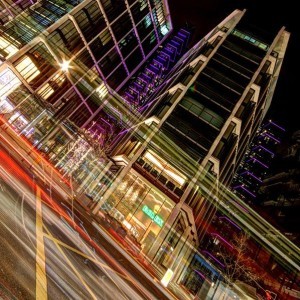 First of all the media blamed furriners for coming over here and taking our jobs and houses, now apparently we have to blame rich furriners for taking even more of our houses (though they don't really need our jobs).

Average asking prices in London have gone past the £500,000 mark for the first time, and Camden has joined Westminster and Kensington and Chelsea as a borough where average prices are over £1m. We've also noticed a little flurry of articles pointing out the extent of foreign interest in high-end property. The New Statesman points out today that only 45% of buyers in central London are UK nationals; Russians and Middle Eastern citizens are those who seem to find the posh bits of the capital most tempting. The New York Times recently looked at the effect on local businesses of increasing numbers of owners using their London homes as temporary stop-off points. This phenomenon is exemplified in One Hyde Park, where Vanity Fair found that just 17 of the 76 apartments sold are registered as primary residences, and seems to be practically empty.

When we first read the Vanity Fair article we had a brief, utopian vision of a country where land prices were immaterial and the space had been turned into affordable housing instead of a crashpad for gazillionaires. London is in the middle of a housing crisis – the idea of fancy buildings standing empty while other Londoners feel the blunt end of supply and demand problems is obscene.

We recently had a chat with London Assembly Member Andrew Boff about housing, and he told us about an idea that turns the wealthy desire for status into funding for homes for the likes of us. You take one housing development and aim it at money; ramp up the eco-credentials, whatever will persuade people to pay a premium. Then you take the extra you've made and pump that into affordable housing. It's a kind of redistribution of wealth, where the rich subsidise homes for the rest of us. We think we wouldn't mind places like One Hyde Park if that's what they were there for (they're not, of course; they're there to make eyewatering profits for private developers).