Open City Docs Screens Over 100 Documentaries From Around The World 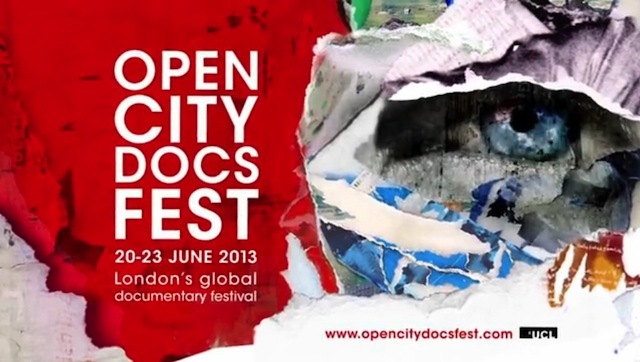 It's a symptom of how long we spend online that when we first saw Open City Docs advertised, we assumed it was some kind of event for people who use cloud-based word-processing software. But no. This four day festival, mostly in Bloomsbury, is a chance to check out the brightest and best new documentaries from around the world, and meet their makers.

But this is no mere screening of documentaries. The emphasis is on interaction, learning and chatting, and most events having some 'live' component. For instance, the screening of Lost Rivers on 21 June (which features London's buried River Tyburn) also includes a panel discussion with the director, a representative of the environment agency, an urban explorer and Secret London's Kieran Meeke. Or take a walking tour of the city where you'll see films projected onto walls. (Just to parochially pick two London-themed events from an otherwise very international selection.)

Do hunt around on the site. We almost missed large chunks of the 105-event programme, at first not spotting the 'strands' menu bar on the front page. Here's a list of everything happening, on one page.