London's Floating Cinema is Back

Pity the poor multiplex. Us Londoners, it seems, are forever searching for adventure in our cinematic excursions. With the Nomad, the Rooftop, and the PopUp, our local cinema just doesn't seem to cut it anymore. And now here are details of another new way to digest your celluloid delights: at The Floating Cinema. 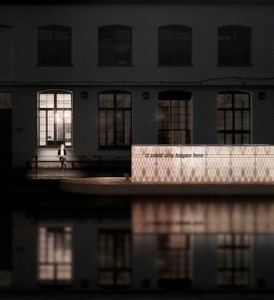 Launching at the end of July, the UP Projects Floating Cinema will feature a new "Extra-Ordinary" programme of outdoor screenings, canal tours, workshops and events along the waterways of East London and beyond.

Details are still quite sketchy at the time of writing, but we do know the Floating Cinema's 2013 adventures start with the Open East Festival; as the Queen Elizabeth Olympic Park reopens on 27 July, the Floating Cinema team will be there. Other interesting highlights in their two-month event programme include:

Tickets go on sale at midday on Monday. If you don't want to miss out, make sure you head to floatingcinema.info. Alternatively, you can follow them on Facebook or Twitter @upprojects.