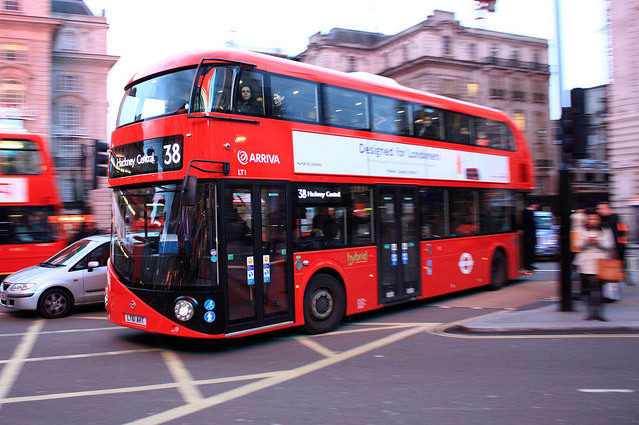 A year ago today, the New Bus for London rolled onto the streets of Hackney and travelled a farcical maiden route to Victoria. We were on board for the ride.

Fast forward a year, and have the buses changed transport in London? Not really. We're still limited to the original eight prototype vehicles, all of them serving the 38 route. Yet they have been warmly received by most Londoners, and in the absence of a more appropriate nickname have earned the fond sobriquet, 'Boris bus'. We'll be seeing a lot more of them: the Mayor has promised that 600 will be in service by 2016, and later this year the 24 route between Pimlico and Hampstead Heath will be entirely served by the new vehicle.

Critics, and there have been a few, have kvetched about the cost of building them, the wastefulness of sending hundreds of bendy buses to an early retirement, and the strange role of the 'conductor' on the rear platform, whose job seems to involve little more than running health and safety spot-checks as passengers disembark. Intriguingly Metroline, who operate the 24 route, are currently advertising for "customer assistants" to work on New Bus for London. "Games maker qualities are essential!" reads the ad, although the job description makes it clear that duties will be limited to offering people travel advice and helping them board.

Was the bus a good idea? Or is it another costly Boris vanity project that has boosted his profile whilst bringing little of use to everyday Londoners?