New Routemasters To Cost £1.6m 'Each' 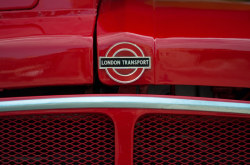 Image by kenchie from the Londonist Flickr pool
We know the specification, roughly what it'll look like and who's building it, and now the Times have come up with how much Boris's new Routemaster buses will cost. And it works out at a massive £1.6m each - eight times more than a conventional double decker.

The Wrightbus contract is to design, build and test a prototype plus five buses for use on the roads before 2012, at a cost of £7.8m. The cost of any additional buses won't be more than £300k, but that's still £100k more than a standard double decker and £50k more than the hated bendy. Now, that might not be enough to plug the holes in TfL's colander-like budget but it's not helpful PR, especially when you get anonymous bus company execs telling the Times

"It is, frankly, farcical. We did not ask for the new Routemaster and I am not sure we would want them."

At that price, however, we kind of have to like them - we can't afford not to.