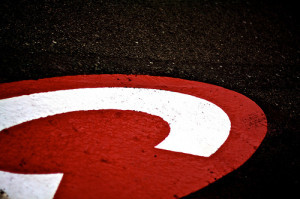 Transport for London (TfL) has proposed changes to the congestion charge scheme which could see owners of diesel and hybrid cars forced to pay the charge. The consultation was launched last November, and Londoners have until 8 February to make their views known.

The central London congestion charge is currently £10, or £9 if you're registered to pay via an automated payment service. Under TfL's proposals, the existing Greener Vehicle and Electric Vehicle Discounts would be scrapped and replaced with an Ultra Low Emission Discount, meaning only fully electric cars or vans that emit 75g/km or less of CO2 would be exempt. See here for a list of the cars affected.

The increasing number of CC-exempt cars since its introduction in 2003 has somewhat undermined the principle of the charge, leading to further accusations of 'revenue-raising'. While it's certainly a point for debate whether TfL's latest proposals fall under that banner, it does make some of the right noises about addressing concerns over rising levels of congestion in the capital.

It will also doubtless infuriate the owners of hybrids who have bought exempt cars to reduce emissions (or avoid the charge, depending on how cynical you are). But will owners simply flood the second hand car market with their now-unwanted hybrids and clog the streets with electric motors instead? Critics of the original exemptions believed c-charge rules would need to be amended to reduce diesel and hybrid congestion, so will electric cars still be exempt in a few years time? The mayor's target of 100,000 electric cars was looking decidedly unachievable last year, perhaps moving the exemption goalposts will boost the numbers.

If the measures are approved by Boris Johnson, they could go ahead as soon as July this year. According to a report by the Evening Standard, around 70,000 motorists enter the congestion zone per day, with 2,500 qualifying for the current discount. TfL's proposals haven't been met with enthusiasm from either the motoring lobby or (surprisingly) environmentalist organisations. Clean Air London director Simon Birkett said:

“Since the Greener Vehicle Discount was introduced in January 2011, the number of qualifying car models has tripled with most of these emitting carcinogenic diesel exhaust fumes. It is doubtful whether any overall reduction in CO2 has been achieved and, of course, the extra vehicles have worsened congestion. The proposed new scheme risks repeating the mayor’s backward steps of the past.”

In other congestion charge news, the 10 year battle between TfL and the various embassies who refuse to pay it could go to the International Court of Justice in a bid to have the errant diplomats recognise the charge. £66.5m? That'll do nicely, ambassador.

Visit TfL's website to take part in the consultation.

Photo by Simon Wicks in the Londonist Flickr pool.