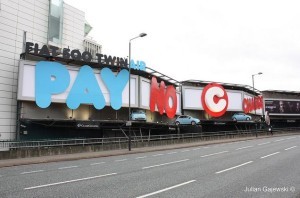 TfL wants to make a few changes to the Congestion Charge.

Firstly, it would like to end the ability to pay in person. The number of transactions happening in shops and petrol stations has fallen from 37% on launch in 2003 to 6% now as more drivers take advantage of paying by text, phone, online or CC Auto Pay. The consultation acknowledges that this change will disproportionately affect people with no debit or credit card (in other words, people with a lousy credit history who can only get a basic bank account) and we think the change would also catch some tourists and older people.

The other major change is a tightening up of the discounts for green vehicles. With more electric and clean motors coming onto the market, the 100% discount means the potential for more cars being able to drive into London – which is, of course, counter to the entire ethos of the Congestion Charge. The plan is to bring the cut-off for the discount from 100g/km of CO2 down to 75g/km of CO2 from 1 July 2013.

There's also a proposal to increase the penalty charge from £120 to £130, the first increase since 2007, to bring the penalty into line with other traffic fines.

If you have opinions about any of this, TfL's consultation is open until 8 February.

Not under the new rules... photo by Julian Gajewski from the Londonist Flickr pool