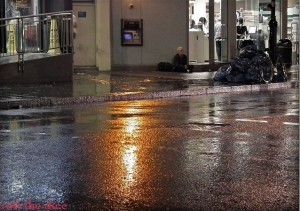 Some London councils are breaking the six week limit imposed by the government on keeping homeless families in B&B accommodation.

Short term accommodation is only intended to serve as a temporary measure while suitable housing is found, but the BBC has revealed that more than a third of London councils are keeping families in B&Bs for longer than the six week limit.

Housing and the lack of it has been one of the biggest issues facing Londoners — earlier this month, the HomeLet Index showed the capital's rents rising by a third in three years. Shelter have also launched a campaign highlighting the 57,000 children who will be homeless this Christmas. Housing benefit caps combined with rising rents have increasingly led to low income and homeless families being unable to afford their accommodation. In turn, London borough councils have been forced to look outside the city to house them.

For anyone who thought George Osborne's autumn budget statement might give them some hope of respite, think again. The re-calculation of the government's debt reduction strategy has put an even tighter squeeze on public spending and there's very little money for affordable housing. With councils also applying the squeeze from the other end and selling off social housing, the people stuck in the middle are the ones facing the unenviable choice between a homeless Christmas or one in a B&B.

Photo by roll the dice in the Londonist Flickr pool.