London Rents Rise By A Third In Three Years 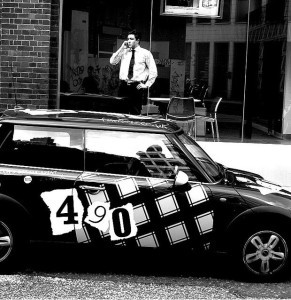 Dave Hill in the Guardian has picked up on news that rents in London have gone up by a third in three years. The latest HomeLet index shows that rents have risen an average of 6% across the capital in the last year, 16% in the last two and 32% since 2009. Good luck to you if your wages have increased at a similar rate.

South West London is the only area to show a decline in rental prices, but it's still the most expensive area with an average rent of £1,724 a month. Areas we might think of as being cheap have seen big increases over the past year: 7.9% in South East London, 9.6% in East London (the Olympic effect?), 9.2% in Ilford and, weirdly, 26.8% in Sutton. The only places you can still find an average rent of less than a grand a month are Dartford and Romford.

Meanwhile, the Evening Standard have looked at the news that an average deposit for first time buyers in London will cost around £57,175 and worked out what you'd need to do to save up. Like, work 16 hours a week in a bar for 11 years on top of your normal job.

Photo by Herschell Hershey from the Londonist Flickr pool