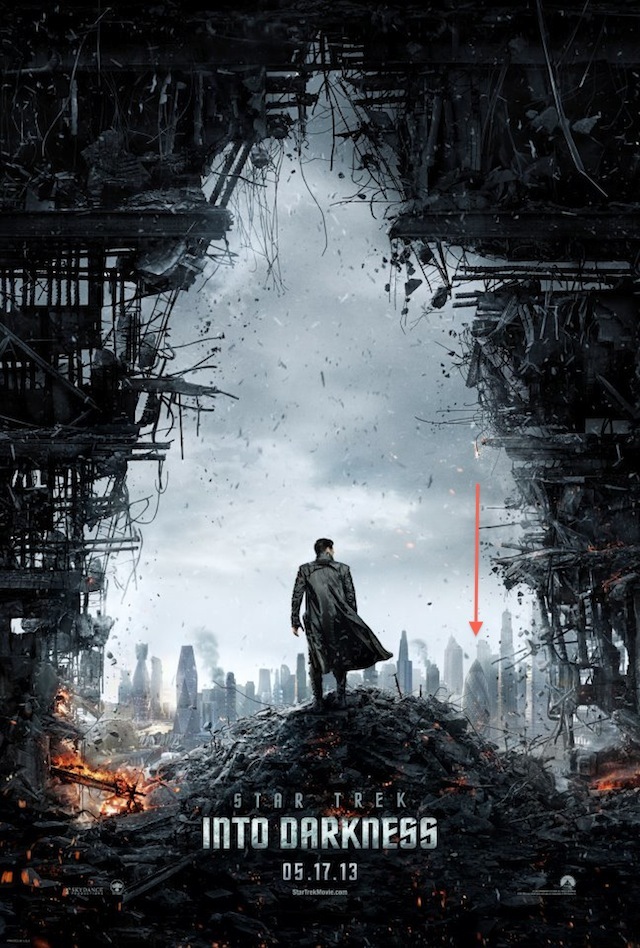 Look carefully at the just-released poster for Star Trek: Into Darkness, the latest film from the long-running franchise. London's Gherkin building stands among the rubble of a broken city. To the left, a river curls among the ruins. Is this the Thames? Is our city facing another on-screen smiting?

Of course, it could just be the artist creating a random montage of skyscrapers to represent a generic Earth city. But the Gherkin is so iconic of London, and that river appears to be sweeping the right curve...it must be, right? The angle would suggest that the leather-clad figure (presumably Benedict Cumberbatch's unknown villain) is standing on the ruins of Canary Wharf.

The film is out in May 2013, and reunites Chris Pine, Zachary Quinto, Simon Pegg and the rest from JJ Abrams 2009 reboot.

Update: commenter Josh points out that the London Eye is also visible to the left, as is St Paul's Cathedral just to the left of the Gherkin. This high-res version might help.

Hat tip to @Zefrog for the tip.