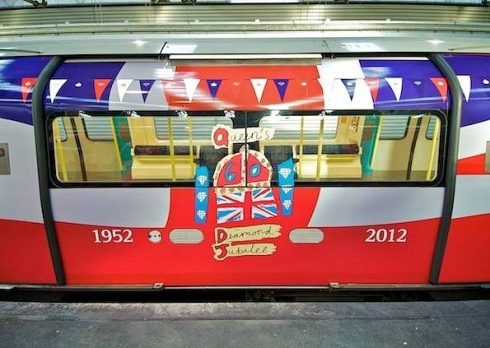 Olympic over-exposure is temporarily tempered while London works itself into a frenzy over the Queen's big anniversary. The latest instantiation of monarch mania comes from Transport for London, which has dolled up a couple of its Tube trains in patriotic patterns. One went into service on the appropriately named Jubilee Line yesterday, the other next week.

It's not a huge change to livery — Tube trains are normally red, white and blue, of course. But the royalist rolling stock will also sport faux-bunting and images of a crown and diamonds designed by kids. The latter is lifted from the commemorative Oyster cards we previously featured.

You'll be pleased to hear that us commoners are not (directly) paying for the decoration — it's funded by TfL suppliers.