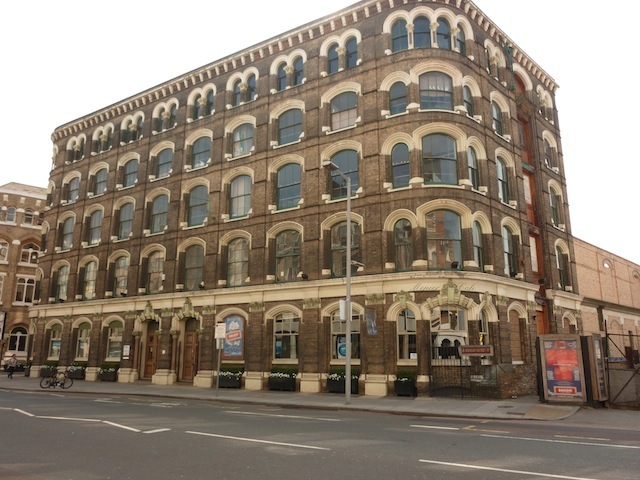 The Menier Chocolate Factory is a 180-seat fringe theatre, with award-winning restaurant and gallery. You’ll find it on Southwark Street, just a short stroll from London Bridge Station and Borough Market, sandwiched between the Southwark Playhouse and the Union Theatre. The Menier is now in its eighth year of producing plays, musicals and comedy.

Not surprisingly, the theatre is situated inside an old chocolate factory that dates from 1870. The Menier family began manufacturing chocolate in Paris, back in 1816 and, at that time, the chocolate was purely for medicinal purposes. The Menier company stopped trading under the family name in the 1960s and after successive mergers and acquisitions has now effectively been swallowed up by Nestlé. The Southwark Street site had been long derelict before David Babani opened the theatre in 2004.

The theatre has won a plethora of awards and had so many nominations in its short existence that we won’t list them here. Suffice it to say, despite its relatively small stature, the theatre attracts top-notch theatrical talent and has overseen numerous West End transfers.

The current production of Mike Leigh’s ‘Abigail’s Party’ seems to be sold out, so perhaps you might like to see Matthew Kelly and Claire Sweeney in Willy Russell’s ‘Educating Rita’, which starts a three week run on the 25 April.