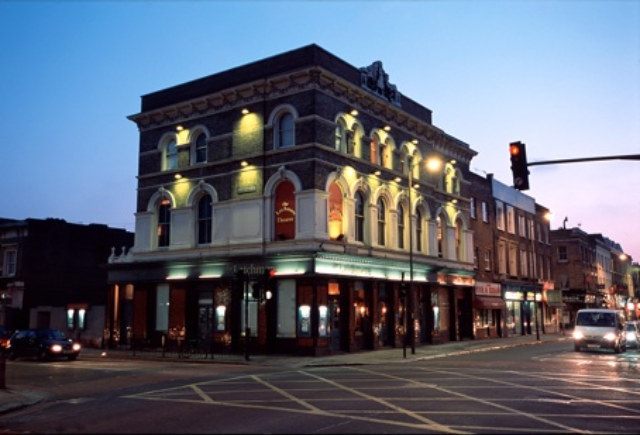 Theatre503 began its life (as many of our most beloved fringe venues have) in a room above a pub. The pub in question is The Latchmere on Battersea Bridge Road, the year was 1982 and the theatre was called The Grace Theatre. It was initially conceived as an expansion of the Gate Theatre, to provide a small studio space away from their main haunt in Notting Hill.

Over the next 20 years, this tiny 65 seat theatre established itself as a leading fringe venue in London. In 2002, with a minor make over and name change to Theatre503 (it’s at 503 Battersea Bridge Road you see), the establishment re-launched as a home for new writing and set about premiering over 50 new plays by some of the most exciting writers of their generation.

2006 saw the appointment of Paul Robinson and Tim Roseman as Artistic Directors, charged with really putting the theatre on the map … the theatre map that is. Their remit being to seek out, nurture and promote work of uncommon and exceptional promise, encouraging writers, directors, actors and designers to challenge themselves, be bold and think big, despite the diminutive size of the theatre.

It would seem that Theatre503 is succeeding in its mission, as only a few weeks ago, Katori Hall’s ‘The Mountaintop’ which premiered in their tiny pub room, seemingly came out of nowhere to win an Olivier Award for best new play, beating off stiff competition from Jez Butterworth’s ‘Jerusalem’ and Lucy Prebble’s ‘Enron. Hall became the first black woman to win the prize since its inception in 1976, and the success of the play in London has surely taken away her disappointment at not being able to find a home for it in her native USA.

Theatre503 also runs a host of events for budding writers, which include ‘Writers' Nights’; ‘Rapid Write Response’, where the theatre invites playwrights to see the current show, and write their own response, with chosen submissions performed as script in hand readings; and ‘Foundations’ whereby writers can test the waters with performances of new material in front of an audience.

To find out what’s currently showing, or to find out about their events, go to:

Theatre503 is at 503 Battersea Park Road. The full programme can be found here.