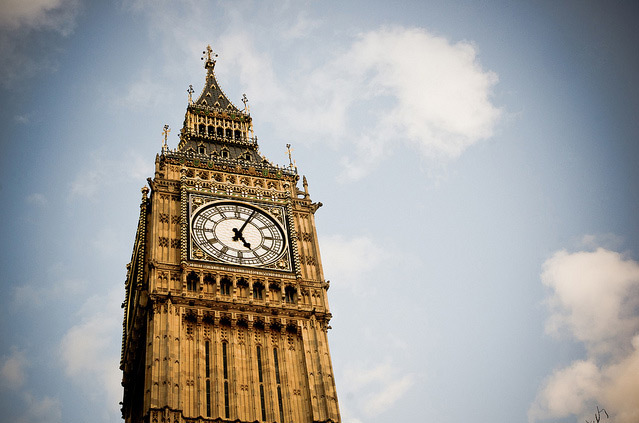 A group of mostly Conservative MPs are calling for the Clock Tower that houses Big Ben to be re-named Elizabeth Tower, in honour of the Queen's diamond jubilee.

The Daily Mail's report (where we first saw the story) starts off poorly by falling into a familiar trap:

Big Ben is the nickname for the great bell of the clock at the eastern end of the palace, and though it is generally extended to refer to the tower as well, its actual name is St Stephen's Tower (although most simply refer to it as The Clock Tower).

Clearly they haven't read our guide to the nomenclature surrounding the name. The short version: the bell is called Big Ben, the tower simply the Clock Tower. This is St Stephen's Tower.

Naming it Elizabeth would lend a sense of balance to the Palace of Westminster: when it was rebuilt in 1860 the King's Tower was re-christened Victoria Tower. However, adding a new name is surely going to confuse what is already a thorny issue even further. As we've argued before, a better idea is to simply name the tower Big Ben, and forever remove one of London's most pedant-vexing problems.

No word on what Her Majesty thinks of the proposal, though she might be less than pleased to discover her namesake was once voted one of the seven phallic wonders of the world.