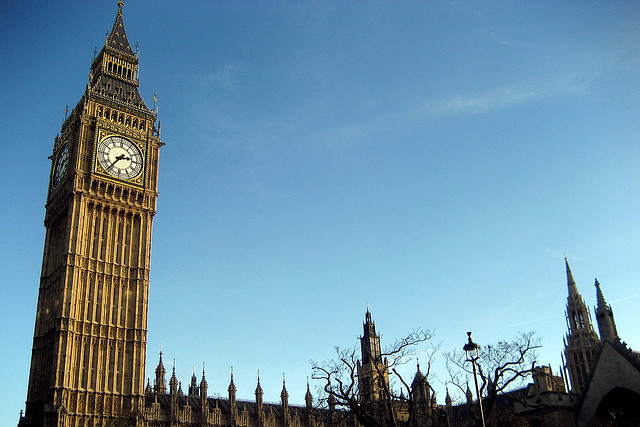 The identity of the Gothic clock tower at the Palace of Westminster is like flypaper to pedants and counter-pedants. Any time someone refers to 'Big Ben', anywhere on the web, you can guarantee there will be a comment within minutes pointing out that Big Ben is the name of the bell, not the tower. It's like people have Google Alerts set up for such transgressions.

There are two levels of pedantry at play here. The amateur nitpicker will immediately leap in and declare that 'there's no such tower as 'Big Ben' - I think you mean St Stephen's Tower'. Look, see, the BBC are very careful to not fall into the Big Ben trap. Twice. Visit London are keen to point out the fallacy. The Independent concur. It's definitely St Stephen's Tower, and not Big Ben.

Talk about red rag to a bull (another myth, by the way). A second cohort of pedants stands guard, ready to pounce on such heresy. 'It's not St Stephen's Tower,' they cry. 'It's simply known as the Clock Tower. St Stephen's is the shorter, spired tower above Central Lobby'. And, technically, they're correct. Wired fell into the trap, but so have innumerable bloggers and photographers.

However, we'd like to fly the flag for the vernacular. The term 'Big Ben' is in such common parlance, and the phrase 'Clock Tower' so generic and ambiguous, that for the sake of clear communication it is much easier to refer to the tower as Big Ben. Our solution is to call it Big Ben in passing, and then add a cheeky tag as insurance against insistent pedants.

If you want to delve into this issue further, have a wade through this lengthy and monumentally pedantic Wikipedia discussion.

Previous mythbusting: how to tell if the Queen is at home.