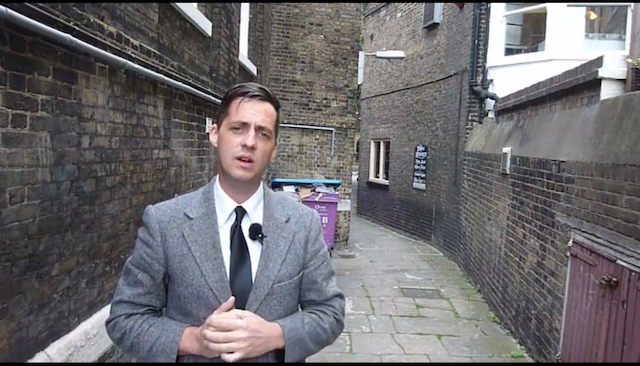 A regular celebration of the folk history of the Olympic boroughs, in story and song.

In week seven of our folk tales from the five London Boroughs, Ruairidh Anderson tells the little known tale of Eliza de Marchpane. A story that begins in the shadows of London's East End and ends in a culinary delight (can you guess from her name?). Oh, and with a measure of bed hopping in between.

‘’No matter how bad your working life is, it probably doesn't carry with it the risk of being gang raped or having to fight for your life in the gutter. But for the girls working the streets and alleyways of Tower Hamlets this was a very real possibility.”

All songs are free to download from Songs From The Howling Sea. Lyrics can be found here.