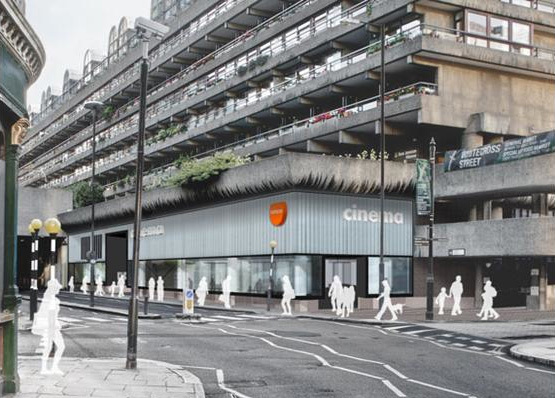 The City of London has granted planning permission for a pair of new cinema screens at the Barbican Centre.

When Frobischer Crescent was converted into luxury apartments in 2009, two of the casualties were the Barbican's Cinemas Two and Three; all the noiseproofing in the world couldn't have prevented some sound escaping into the new residents' pads, and the decision was made to close them down.

The new screens will be located within what is currently Exhibition Hall 2, near the Centre's main Silk Street entrance, and should allow the Barbican to expand its film programme, a winning mix of blockbuster new releases, lesser-known arthouse chin-strokers, and regular retrospectives on key directors and periods. The new facility, designed by architect AHMM, will also house a cafe and restaurant.

With London's summer screen offerings including the usual gamut of pop-up cinemas (including ones under a flyover, built out of fridges, and floating on the canal), it's reassuring that their more permanent bricks-and-mortar brethren are still seen as viable. Beyond the Barbican, Hackney will also get a major new cinema later this year when the Picturehouse opens.

Hopefully both venues will last longer than the Curzon Millbank, which opened in February but was forced to close last month.