Hackney To Get New Independent Cinema 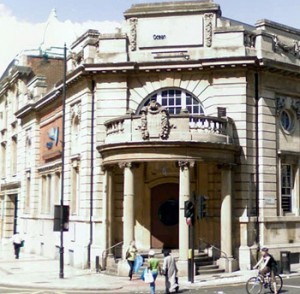 City Screen, Britain's "leading independent cinema operator" and owner of the Picturehouse network, have acquired an old library in Mare Street, Hackney, and plan to covert it into a four-screen cinema. In a reversal of the usual trend, the cinema will replace a nightclub,  The Ocean (pictured), which opened to great fanfare (and with serious amounts of cash from Hackney and the Arts Council) in 2001 but never proved a success and closed four years later.

The plan is to convert the building into a four-screen cinema with three bars, the latter of which could be used for occasional music performances. City Screen pride themselves on offering a tailored programme for each location, and have promised to "build a cinema at the heart of the community" and show a mixture of big new releases alongside foreign and art-house films. It's a method that works well at the Ritzy in Brixton, one of the other cinemas in the group.

Hackney is something of a cinematic wasteland: it currently has just one cinema left, the excellent Rio in Dalston, with many others demolished or converted into bingo halls or other businesses; many are listed on the Cinema Treasures website.

Hopefully local residents will take to the Picturehouse: the Hackney Citizen cites a survey last year by the council that revealed a strong preference for cinema, which bodes well for the venue's future success.