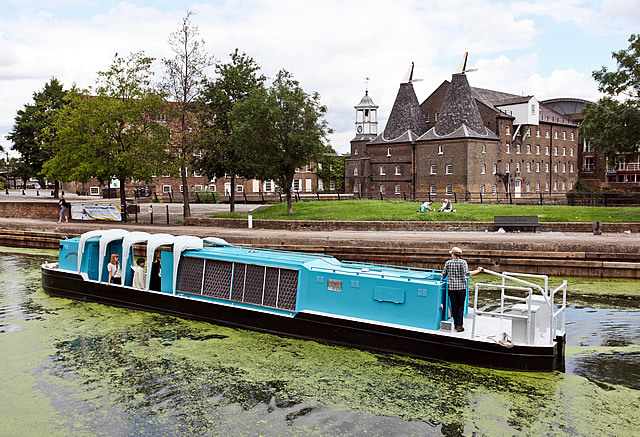 If you haven't been to a Floating Cinema event yet this summer, now's your chance.

There's a free outdoor screening of Wes Anderson's Fantastic Mr Fox this Friday, right outside 3 Mills Studios where the film was made.

Fancy dress is optional, but who wouldn't want to watch a film wearing fox ears? Prizes will be awarded for the best dressed adults and children.

You can also meet Mark Waring who was Animation Supervisor on Fantastic Mr Fox, and meet maquettes and puppets from the film onboard the Floating Cinema from 8pm, before the screening starts at 9pm.

The Floating Cinema has been weaving its way through the waterways of the London 2012 host boroughs all summer. As well as free on-board screenings, canal tours, talks and workshops, the Floating Cinema also presents larger, outside film events. Fantastic Mr Fox is one of these.