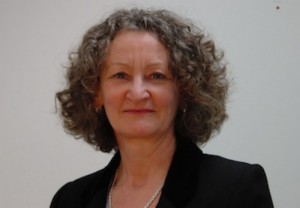 Assembly Member Jenny Jones will stand against Boris Johnson and Ken Livingstone in next year's mayoral elections. Jones won the candidacy for the Green Party with 67% of the vote, fending off fellow Greens Shahrar Ali and Farid Bakht.

Along with the environmental agenda expected from the Greens, Jones will also campaign against cuts to local services. It's a platform not dissimilar from that of Ken Livingstone, and the two candidates are likely to collude, with a 'Greens first, Labour second' message (voters get a first and second vote in London mayoral elections). Indeed, at the recent ProLondon conference, Jones appeared to dismiss her own chances of becoming mayor, saying she'd be 'absolutely furious' if Ken Livingstone failed to win.

Jones has served on the London Assembly since its creation in 2000, and has served as Deputy Mayor under Ken Livingstone. The Assembly's system of proportional representation makes it easier for smaller parties to make an impact. Along with Jones, the Greens are also represented by Darren Johnson as London-wide members of the Assembly.

The biggest question mark over the mayoral race remains with the Liberal Democrats. The party will not announce its candidate until May. Flamboyant hopeful Lembit Opik is chomping at the bit, but unlikely to be selected.