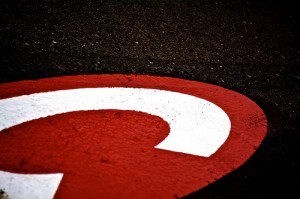 A legal threat has been issued to Boris Johnson by environmental group Clean Air in London (CAL) over his plans to scrap the western extension of the congestion charge in London.

The mayor announced earlier this year that the western extension (WEZ) would be abolished on Christmas eve but has faced criticism over the quality of air in the capital and fears that scrapping the WEZ would make things worse. TfL have admitted in their report on the impact of its removal of that congestion could increase while also admitting that, ‘it has not been possible to identify a clear congestion charging effect on measured air quality’ and that ‘no clear scheme impact [on air quality] from either the original central or western extension zones can be discerned,’ but it’s worth bearing in mind that the congestion charge was introduced as a way of reducing the numbers of vehicles in central London thereby reducing pollution caused when those vehicles aren’t running at their most efficient, namely when they’re stuck in traffic jams. In 2008, TfL said that although the volume of traffic had fallen, the levels of congestion were actually the same as when the c-charge was introduced. They also acknowledge that roadworks and traffic calming measures had led to the increase in pollution by, yep, you guessed it, impeding the traffic flow.

Now, no-one wants to see every street in London turned into a motorway, but if the aim is to reduce congestion rather than impose a tax on pollution, then perhaps a smarter way of managing traffic is needed. Boris Johnson has already taken some steps towards this by promising to rephrase or remove unnecessary traffic lights and introduce a lane rental scheme for utility companies wishing to dig up the roads.

All this would suggest that the problem of air pollution in London can’t be addressed solely by keeping the WEZ in place and even CAL doesn’t try to claim this, instead asking for a steering committee to be formed and mitigation measures to be put in place to combat pollution caused (or not, depending on which report you read) by the WEZ. But Boris, already in a high profile Mexican standoff with the transport unions, is probably unlikely to cave in to pressure and go back on his decision to remove the WEZ so the question is whether CAL will make good on their threat come the new year.