Have You Seen The Man With The Pyramid Hat?

By M@ Last edited 124 months ago
M@ Have You Seen The Man With The Pyramid Hat? 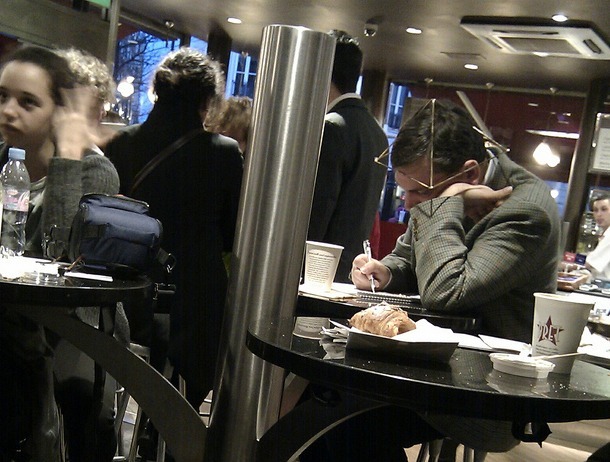 New-Age nutjob? Oddball PR stuntsmith? Supporter of Egyptian solidarity? Who is this mad hatter with the polyhedral headgear, scribbling away in Leicester Square's Pret? Apparently, he's called Dominic and he's been roaming the streets of London in his eccentric helmet since at least 2006. David Thair has the full story, and kindly allowed us to reproduce his image.

Let us know below if you've spotted the fellow around London.