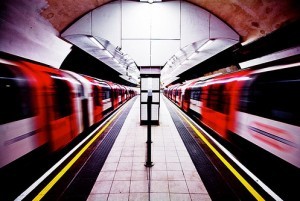 In a document obtained under the Freedom of Information Act, the Evening Standard has discovered that there are planned closures on at least one Tube line for every weekend until 2012. Saturday, 21 July 2012 will be the next time that a weekend passenger could expect to see a full service across every line; the last time such a thing happened was December 30 2007.

Actually, the Standard is being a little economical with the truth here. For example, according to the TfL website, on 18 / 19 December this year, the only Tube line closed will be the Waterloo & City, which is little used on Saturdays and never open on a Sunday anyway. The DLR and London Overground are part suspended.

Still, engineering work at weekends is already a regular feature of travelling on London's transport system - Jubilee line users are well aware of that. When Boris bought PPP contractor Tube Lines earlier on in the year, he rid himself of a convenient scapegoat on which to pin the blame. Hence the Standard piece lays the problem at the door of City Hall, citing transport expert Christian Wolmar's view that the work could be re-arranged to minimise the impact on passengers.

It comes at a time when the network is undergoing a series of technical problems. Yesterday morning another of the new Victoria line trains experienced problems during the morning rush hour, causing delays on the entire line. Several faulty District line trains were taken out of service last month for repairs, meaning delays and the temporary suspension of the branch to Kensington Olympia.

If that's not enough to mull over this morning, RMT union members were balloted this week for a potential strike over the issue of two dismissed members they claim were victimised by TfL.