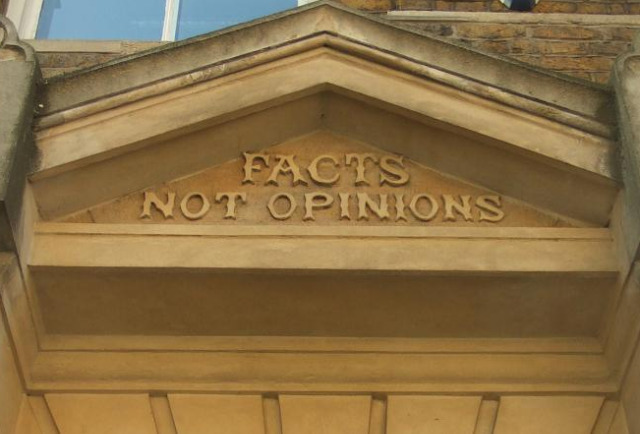 Ever been riled by the opinions of Evening Standard and Guardian columnist Simon Jenkins? The award-winning journalist, Crossrail critic and knight of the realm may have found his match in a group of scientists, headed by UCL researcher Jennifer Rohn, who are 'experimenting' with Jenkins. The curmudgeonly columnist has repeatedly angered British scientists with a series of poorly judged comments maligning their trade. Rohn has had enough:

He slammed the outgoing President of the Royal Society, Martin Rees, for defending the Large Hadron Collider and the importance of science to society in his Reith lectures. He heaped vitriol on the new UK Centre for Medical Research and Innovation building going up in London because it is apparently a "cathedral of science, justified by faith, not reason". He actually said scientists, and I quote, "just want money". Money, folks, is the only reason why we're in the science game. (Someone just told me how much Jenkins earns for writing his columns, and I can assure you that it's far more lucrative than my post-doctoral stipend.)

Battle joined, Rohn declared today 'Spoof Jenks Day', encouraging scientists everywhere to write blog posts and tweets lampooning Jenkins' unique style. (She might also engage architects who also find themselves at the pointy end of Jenkins' opinions - although he at least has some experience in this field.)

Comedian Robin Ince offers: "Is science any good? If there was no science there would be no disease as viruses wouldn't know how to make themselves so there."

Professor Stephen Curry of Imperial College relates a shift in British science funding policy: "We have to re-purpose the scientific effort of the country to address the urgent problem of recovering the missing half of Simon Jenkins' arse."

And there's the deliciously written post by Matt Parker - The Mammoth In The Room: Why Science Isn't Useful And Never Will Be.

Many additional Jenkins antidotes can be found on Jennifer Rohn's original post, and you can watch the story develop on Twitter hashtag #SpoofJenks.