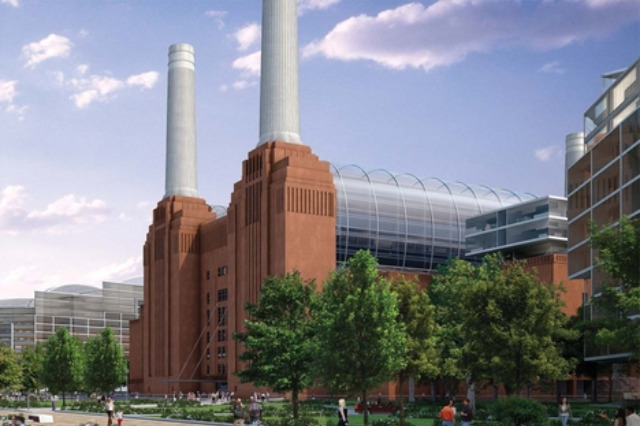 It's like Rafael Vinoly's bought a shit load of glass that he needs to dispose of. After the architect's plans to build a giant crystalline eco-chimney at Battersea were quashed, he went away and brooded...and came up with this. The latest in a long line of proposals for the derelict site would see two curvaceous glass canopies extending along the station. Details are scarce at this point, but the scheme would also include residential blocks, low-rise office complexes and a riverside open space connecting through to Battersea Park. It'll be interesting to see if heritage bodies look more favourably at this scheme. Save Britain's Heritage have already questioned the glass roof. "[It] looks incongruous - the wonderful thing about the power station is the angularity of it," says their Secretary William Palin. "I don't think it particularly complements the building.” He's clearly never noticed those four oh-so-curvy-you-want-to-hug-them chimneys which, to our eyes, almost perfectly complement the new arching roof. According to architecture website BD Online, the plans also incorporate the long-touted Battersea Tube Station. Don't get too excited. Even if these schemes go through, it'll be over six years before the Tube opens, and 11 before the scheme is complete.