Darwin Day: What's On In London

By M@ Last edited 151 months ago
M@ Darwin Day: What's On In London 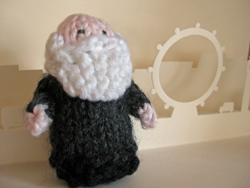 Were he still alive, Charles Darwin would have been celebrating his 200th birthday today (imagine how long his beard would be). His simple yet potent idea, evolution by natural selection, remains a hot potato. If one poll is to be believed, a third of British people believe that a god created the Earth less than 10,000 years ago. The Darwin anniversaries (it's also 150 years since publication of On The Origin Of Species) are therefore a rallying point for rationality. Any number of new books, TV shows and events explain the basics and nuances of evolutionary theory, laying down the overwhelming evidence for natural selection and the ancient origin of life. Others focus on Darwin the man, and explore how he arrived at his conclusions.

Darwin was a Londoner, and London is the place to be to celebrate his bicentenary. Here's a roundup of exhibitions and events:

Darwin: Big Idea. The flagship exhibition at the Natural History Museum is a solid, slow-burning sojourn through the life of Darwin, from his circumnavigation aboard the Beagle to his pigeon shed at Down House. Runs till 19 April, £8.80 adults, £4.40 children.

In Darwin's Footsteps. The British Library have a much smaller exhibition in their foyer. It covers similar themes to the above in more cursory fashion, with an emphasis on the people and books that influenced his thinking. Also contained a sleeping homeless person on our visit. Runs until 22 March. Entry is free.

Charles Darwin of Gower Street. There's a blue plaque on the side of UCL marking the former home of Chuckie D. To celebrate their erstwhile inhabitant, the University's library has a small collection of Darwin-related artifacts on display. Open till 19 April (extended from original closing date of 30 Jan). Entry is free.

Darwin at Down. The Horniman Museum have a photographic exhibition showing images of the Darwin family in their Kent home. Runs until 7 June, Entry free.

Down House. Darwin's countryside dwelling of 40 years, a few miles south of Croydon, reopens to the public from 13 February. The house and gardens are maintained by English Heritage and were this year nominated as a World Heritage Site by the government. £8.80 adults, £4.40 children.

Darwin Day at the Natural History Museum. Gallery characters, film screenings, special talks and a chance to taste Emma Darwin's soup recipe form the backbone for a celebratory day at the NHM. Events start from 11.30, entrance is free.

Imperial College's Faculty of Natural Sciences Darwin Day. For those wishing to get a more learned take on the subject, Matt Ridley, Armand Leroi and Randal Keynes (Darwin's great, great grandson) will discuss the essence of Darwin's genius, and the genetic revolution since Darwin's time.

There's plenty of further events coming up in the next few weeks. Check out the Darwin200 site for more details, support the HMS Beagle Project, which aims to rebuild Darwin's ship and sail it round the world, and say hello to the man himself over on Charles Darwin's blog. Oh, and here's a guide to walking Darwin's London if you want to enjoy the sunshine.