Where To See A Giant Squid And A Pickled Pangolin 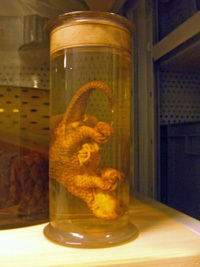 "Oh, the flesh-eating beetles are in there," shrugs our guide, pointing to a locked door. This is the Darwin Centre, where a gruesome surprise lurks around every corner.

The annexe to the Natural History Museum holds some 22 million biological specimens bottled up in jars - it's like walking into David Attenborough's Facebook account. Much of the collection is freely available to anyone who wants to see it, and is stored over eight floors, in exciting metal cabinets.

Incidentally, if you think 'exciting metal cabinets' is an oxymoron, here you will discover that you are sadly and woefully misinformed. First, each door bears an enticing label — 'Contents of a cetacean's stomach,' boasts one. And then, the facility smells of whisky. It's rather pleasant until you open one of the cabinets and discover a baby pangolin stewing in ethanol, and not the decanter of Laphroaig you'd been anticipating.

The NHM houses the world's greatest collection of 'type specimens' — the 'gold standards' of each species, against which new specimens are compared. These are so valuable to taxonomists that during the Blitz the NHM's type specimens were secured in a bomb-proof bunker beneath the main entrance. Before you ask, there is no official type specimen for Homo sapiens, but once again we nominate David Attenborough. 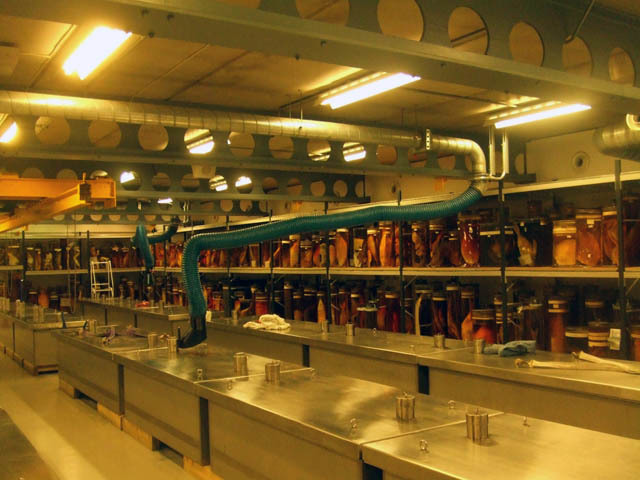 Star of the show has to be Archie, the giant squid (a pun on the species name Architeuthis dux). Archie was scooped up near the Falklands in 2004. At 8.6 m long, he's more of a dwarf than a giant, at least compared with an 18.5 m monster captured in the 1880s. His acrylic tank is filled with seawater and formalin, now an unappetising yellow thanks to Archie's insistence on flaking.

Archie has plenty of company. The walls of his chamber are lined with smaller animals, including a collection of fishes caught by Darwin himself. But the facility no longer puts pickled primates on display — too scary for the children, apparently.

Regular tours of the centre are available during which the public get to meet the NHM's scientists, and the centre puts on a lively events programme. The Darwin Centre's second phase opens next year, in time for the bicentenary of the big man's birth.

And those flesh-eating bugs? These are working animals, employed by the museum to strip carcasses to the bone. A certain whale of popular note recently received their attentions.