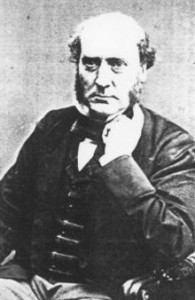 St Pancras International has reopened after years of restoration. The sumptious Euston Road frontage to the station was designed by Sir George Gilbert Scott, one of London's most important architects. But what else did the Great Scott design in London?

The Scotts were a remarkable family. We’ll come on to Sir George’s achievements in a second. His son, George Gilbert Scott Jr designed Dulwich College and the Catholic cathedral in Norwich. Junior’s son, Sir Giles Gilbert Scott, gave us Battersea and Bankside power stations (the latter now the Tate Modern), Waterloo Bridge and the red phone box. The dynasty continues to this day, with Sir Giles’ son Richard Gilbert Scott, who designed the Guildhall Art Gallery.

But back to the work of the patriarch. 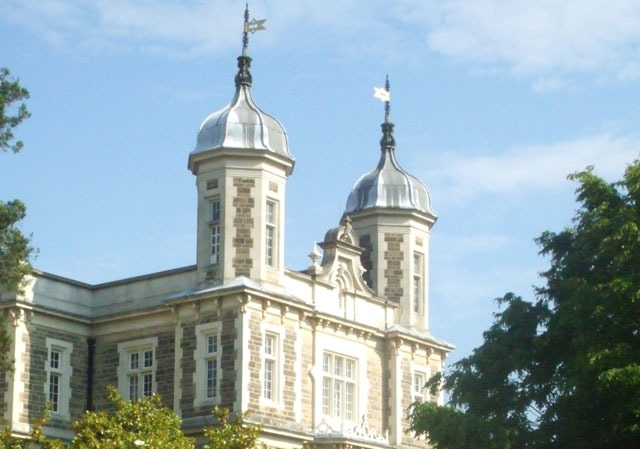 This little-known early work by Scott sits grandly on Hollybush Hill near Wanstead. It was designed as an orphanage and school, but was converted to a courthouse in the 1970s.

Bonus fact: Watch out for the Court in the news on 23 November, when Amy Winehouse’s husband will stand accused of conspiracy to pervert the course of justice. 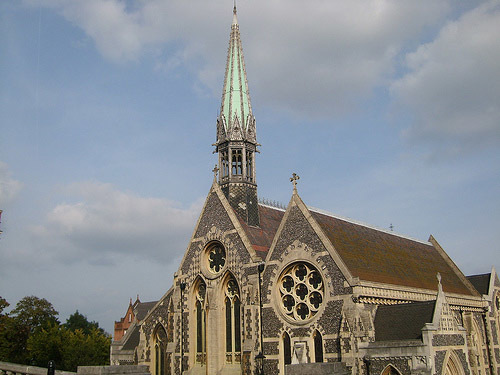 Scott flourished his Gothic credentials on this thrusting Kaiser’s hat of a chapel. The architect returned a few years later to create the red-brick library building nearby.

Bonus fact: The library is named after Charles Vaughan, headmaster from 1844 to 1859, and a suspected child molester. 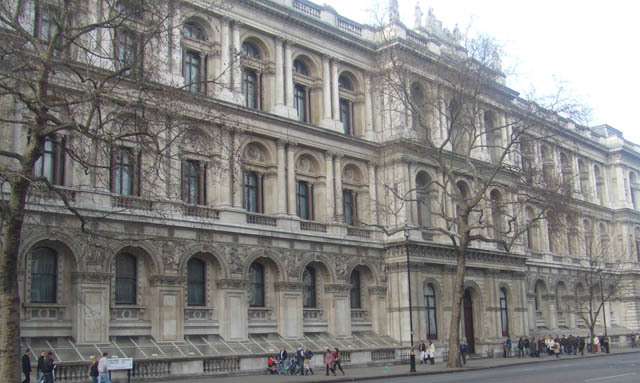 Scott was itching to unleash his Gothic might on the original designs for this sturdy Whitehall building. The Foreign Secretary disapproved and forced the architect to redraw in a compromise Byzantine style. This plan was also rejected, however, leading a disgruntled Scott to prepare the classical design we see today. He wasn’t comfortable with the style and had to ‘rub up’ on Italian architecture before attempting the redesign.

Bonus fact: We almost lost the Foreign Office. Like the Midland Grand Hotel, it found itself in the cross hairs of moronic 1960’s town planners, who wanted it demolished. 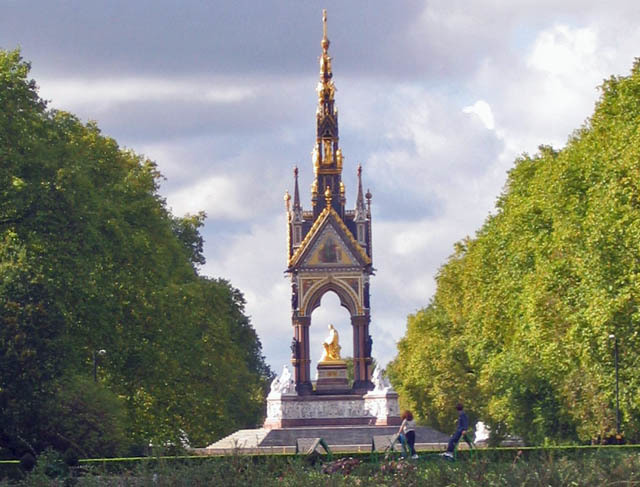 Perhaps the best known of all Scott’s work, and the crowning glory of ‘Albertopolis‘. It’s hard to describe this commemoration to Victoria’s consort without employing the word ‘confection’. Albert, facing the noon-day sun and the institutions he patronised, is surrounded by a gothic revival canopy and numerous groups of supporting figures.

Bonus fact: The memorial rests upon cavernous foundations accessed by a manhole cover. 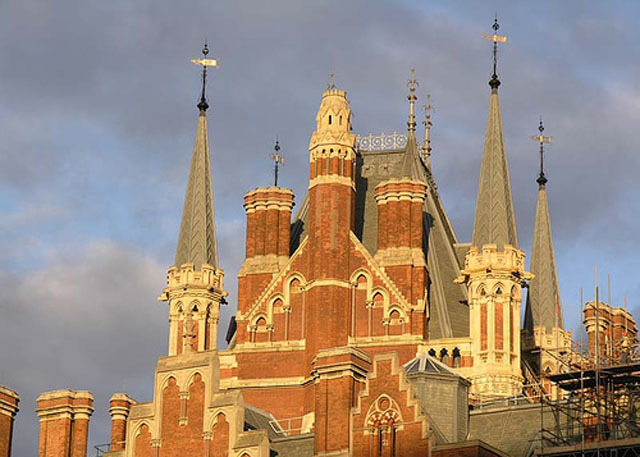 London’s only terminus to be named after a kid who died 1700 years ago. The station and accompanying hotel are now widely regarded as masterpieces. Time Out even list them as one of the Seven Wonders of London in their new serial. Scott tackled the turreted, red-brick hotel on Euston Road, while the arching roof over the platforms is the work of William Barlow. The hotel will reopen as a 245-bedroom five star hotel next year.

Bonus fact: On screen, at least, the hotel has been home to Batman enemy The Scarecrow, Charlie Chaplin’s mum, and Richard III. The Spice Girls also used the space to expatiate the conditions necessary before we could be their lover. An evening devoted to filming at the station will be held at the German Gymnasium on 21 November. 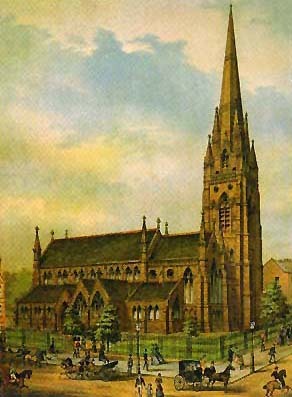 Some say that this Kensington church has the highest spire (over 60m) in London, at least until the Shard comes along. Although the main body of the church was consecrated in 1872, the spire was not completed until a year after Scott’s death in 1878.

Bonus fact: After damage from the Luftwaffe, the roof was redesigned by a chap called Romilly Craze, who really should have gone into local journalism with such a crackers name.

Finally, there’s even a George Gilbert Scott Flickr group, for anyone interested in pursuing his work further.