Let's Hear It For The Ear 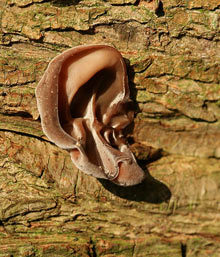 Ear of the Year? It's not a typo, nor is it an attempt to fetishise one of the body's less aesthetically appealing organs through association with their derriere-concerned namesake (though we'd applaud any such effort). The capital's already got plenty of sex if that's your thing.

Ear of the Year is in fact part of a campaign by the Royal National Institute for the Deaf. They're trying to find the country's best ear, or indeed, pair of ears, as part of Breaking The Sound Barrier, which aims to challenge the stigma surrounding hearing loss. The charity has enlisted current Miss England, Georgia Horsley, who is profoundly deaf in one ear, to help them get the word out, and they've deployed an army of "1940s style Ear Snappers" (sounds painful) to hunt down the finest Britneys in London.

Being resident in one of the loudest cities on Earth, we can only applaud these efforts. Whether it's the clanging cabin of a Tube train, a man hocking the Standard outside the station or the sound of another cut-up motorist venting his frustration via the "holler 'n horn" method, London is at times a city of noisy misery. If the decibel levels are getting too much for you, find solace with artist Simon Elvins "Silent London" map, which uses government data on noise pollution to plot the most silent parts of our cacophonous conurbation.