By M@ Last edited 189 months ago
M@ Londonist's Back Passage 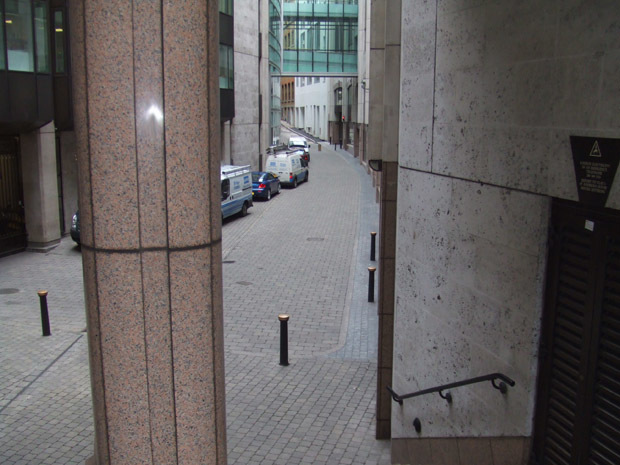 Where? Narrow street running parallel to Farringdon Road between Charterhouse Street and Clerkenwell Road. The quiet southern end is not used by vehicles, hence its inclusion in this series.

What? The street is named, you will not be surprised to hear, after saffron, which was grown in this area from the 14th century. The world's most expensive spice was in high-demand in the middle ages, thanks to its supposed anti-plague properties and ability to disguise unpleasant tastes. Saffron Walden in Cambridgeshire has a similar etymology, and the plant was probably introduced from there thanks to the Bishop of Ely, whose Cambridgeshire property was supplemented with land in this part of London.

Over the centuries, the gardens gave way to tenements. Its proximity to the noisome Fleet River (now under Farringdon Road) didn't attract the finest tennants. Saffron Hill became an abode of criminals and the impoverished. This was the location of Fagin's den in Oliver Twist.

Today, the street is a little-used thoroughfare of small offices and access doors. Its quietness can still evoke thoughts of lurking pickpockets.

Why use? Tranquil, if dull, alternative to walking along Farringdon Road. Also, a good place to encounter the slopes of the Fleet Valley.

See each and every one of our back passages mapped: