By M@ Last edited 180 months ago
M@ Londonist's Back Passage

A tribute to the capital’s alleys, ginnels and snickleways 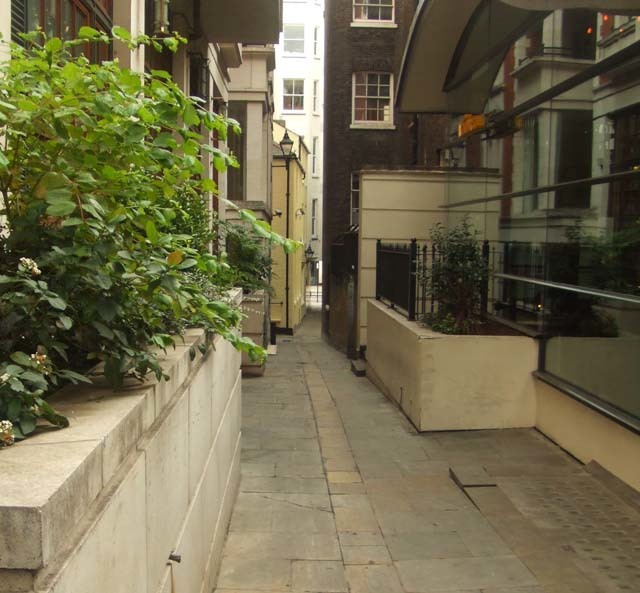 Where? A sibling to Bull Inn Court, running down ancient sloped from Maiden Lane to Strand.

What? To avoid the cliché of calling this lane 'Dickensian', we'd like to proclaim it a passage of Coxian dimension. The gas-lit southern end oozes atmosphere. It's a creepy, quiet place where only drunks loiter for long. We expect, and find, the now familiar stench of last night's bladder urge.

Through the Stuart and Georgian eras, the neighbourhood was alive with seedy, vice-ridden markets. It's not clear whether the alley takes its name from the exchange of goods, or bodily fluids. Later, the court housed a troupe of errand-runners and odd-jobbers known as the Corps of Commissionaires - ex-servicemen with their own special uniform and military band. The Corps is still active today, having transmogrified into a security outfit.

Why use? Get to the heart of Covent Garden without having to walk past loads of overpriced outdoor-persuits shops. And, as usual, bypass the tourists.

See each and every one of our back passages mapped here