By M@ Last edited 159 months ago
M@ Londonist's Back Passage

A tribute to the capital’s alleys, ginnels and snickleways 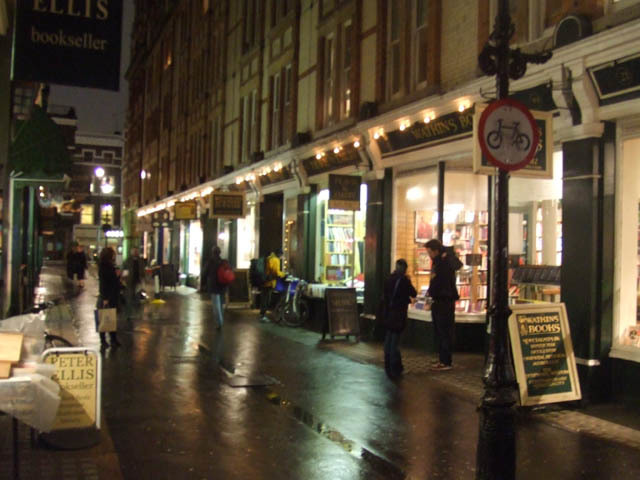 What? In the heart of glitzy, neon tourist-town, it's heartening to find such a contrasting bastion of antiquity. The shop fronts have not, we're told, been altered in more than a century. All of which made this the perfect location for filming recent period piece 'Miss Potter'. The Victorian frontages belie the true age of this street, which dates to the late 17th Century. It's named after Robert Cecil, the leading minister whom Elizabeth I referred to as her elf, on account of his gurnsome features. Now famed for its books, the street has previously had associations with other artforms. Many early film companies were based here in the early 20th Century, leading to its erstwhile nickname Flicker Alley. Fitting, then, that it has a handsome representation in the 21st Century, courtesy of Flickr. There's also evidence that the young Mozart lived here, very briefly, in 1764.

Why use? Cecil Court is replete with niche book shops, memorabilia of another age, maps, charts, faded advertising posters from yesteryear, and the sorts of oddments you'd expect to find in Iain Sinclair's attic. A bibliophilic orgasm of a street.

See each and every one of our back passages mapped here