London: A Life in Maps 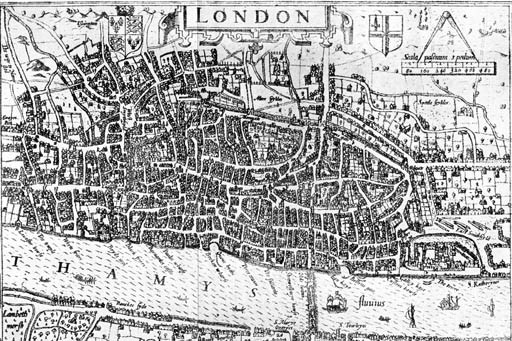 ‘Guaranteed to get a certain kind of Londoner quivering in anticipation’: Peter Watts, TimeOut.

Maybe Pete was thinking of us when he wrote those words. We’ve been quivering, salivating and otherwise resonating with excitement ever since we learnt of this new exhibition at the British Library. And it doesn’t disappoint. London: a life in maps is the most awesome event in any library anywhere ever, with the possible exception of the opening 20 minutes of Ghostbusters.

The exhibition is grouped into eight themed zones, covering everything from early cartographic scribblings to satellite data and Harry Beck’s Tube map. From the East End to the outlying villages, from trailing panoramas to tiny trade cards. It’s all here, and every scrap of paper or vellum could be examined for hours.

It’s perfect timing, too. We’re currently in the beginnings of the greatest revolution in mapping for centuries, with technology such as GPS and Google Earth helping us visualise the world in astounding new ways (indeed, see the Brirish Library's own efforts). We’re only a few years from having a complete three-dimensional representation of the city, perhaps the whole planet, at our fingertips. A world that we can wander through, interact with and manipulate, a la Second Life. But before we get carried away into that brave new world, it’s worth reflecting on what’s gone before, and the eternal appeal of even the simplest map.

Experiencing this on opening day was perhaps the only negative - the number of people made things a little squashed. Still, it was certainly a novel experience, jostling in a crowd, all eager to scrutinise 18th century plans for turnpike improvements.

The exhibition is accompanied by a richly illustrated book, which is a must-buy for that certain quivering Londoner. The more relaxed visitor will be satisfied to take home the generous free guide leaflet, which carries a copy of Richard Newcourt’s 1685 map of the capital.

London: a life in maps is free and runs at the British Library until 4 March. The campaign to make this a permanent exhibition starts here.