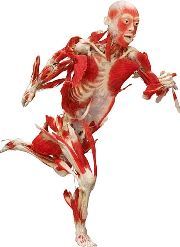 These listings appear every Wednesday. If you want to let us know about any upcoming science or technology events, you can contact us on LondonistSciTech@Gmail.com

Event of the Week

Gunther von Hagans, with his silly little hat and Teutonic creepiness, is practically a household name. This is the fellow who brought embalming into the 21st Century, with his worldwide Body Worlds exhibition a few years back. He might look like the hapless Gestapo agent from Raiders of the Lost Ark, but von Hagans, is also a shrewd businessman. He knows that there’s money to be made in them there corpses. Always has been, from body snatchers to tomb raiders. It’s no coincidence that mortgage and mortuary have similar etymologies.

And where there’s cash there’s competition. A bunch of Johnny-come-latelys have now come up with their own late Johnny’s. Bodies…The Exhibition is completely unconnected with the von Hagans master class, but sounds like a very similar proposition. Two differences. (1) The organisers promise a more educational slant than Body Worlds (which featured the remains of a bespectacled child riding his own spine like a broomstick). (2) The source of the bodies is much more dodgy, coming as they do from Chinese medical schools and universities, often without the deceased’s consent.

Also, there’s surely going to be something missing this time. Body Worlds had that extra edge, being the first exhibition of its type. The location on Brick Lane was perfectly chosen too: an old brewery on the Ripper’s doorstep, in a street which now serves up a cavalcade of butchered lamb and chicken parts to eager tourists. Where better to view your first corpse before choosing your first course?

It’s also going to cost you. £16.50 on the door. Rather steep, we reckon. But there’s a special £15 cadaver-saver offer if you book in advance.

Despite all the caveats, if you missed von Hagen’s show, this is a must-see. The human body is a marvellous machine, and these exhibitions are the only (legal) way to appreciate the full wonder. If you did get to Body Worlds, another exhibition may seem more like overkill, if not roadkill.

So, did anyone go and see Steve Jones last night? We take back what we said about him not quite being a household name. The expectant hopefuls who turned up to queue in the rain numbered more in the region of a football crowd than a science lecture audience. If you did manage to get in (we were in the second overspill room despite arriving 45 minutes before the start), you’ll have been treated to an erudite talk on the evidence for evolution. Anti-Darwinists often argue that there’s no proof for evolution, but Jones elegantly demonstrated that, yes, there is, and it’s all around us. Hardly any mention of creationism, however, which will have disappointed fans of fireworks.

Why are some people left-handed but almost no one is "right-hearted?" What makes the left brain analytical, and why is an honoured guest seated on the right?

Interesting stuff. And language fans, have you noticed how adroit and dextrous are positive attributes, whereas gauche and sinister are negative? What’s it all about? Go and ask Chris and let us know, cos we can’t make this one.