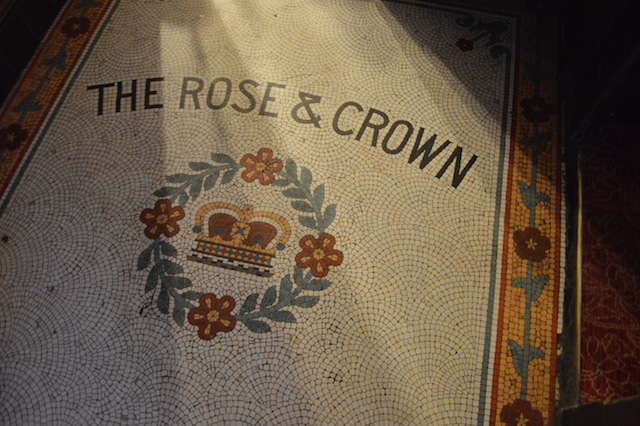 This pub was voted the best in Walthamstow by Londonist readers.

If you're looking for something jazzy and modern, it might not immediately be obvious why the Rose and Crown was voted the best pub in the area. The decor looks like it's barely changed since the pub opened over a century ago. An interesting story underlies the founding of the pub, actually. When it first sought a full licence in 1890, the local MP opposed the move on behalf of the nearby Bell Inn, which would lose business. The licensing committee threw out the objection, when it was revealed that the landlady of the Bell, a Mrs McDaniell, had died almost a year before, much to the MP's surprise and the hearing's amusement. A press cutting from the case is shown in the gallery below.

Today, the place is right at the heart of the community, where decades-long regulars rub shoulders with the wave of young fashionistas now fleeing the more expensive refuges in zones 1 and 2. Everyone gets on just fine.

The boozing's excellent. Five or six well-kept ales are on draught, helping YORaC (as nobody calls it) win the Campaign for Real Ale's East End Pub of the Year award in 2011. It's much more than a drinking hole, too. A small theatre, cabaret lounge and a raised area in the main bar are all employed for events, including several comedy nights, theatre, blues and jazz and even (until recently) a martial arts class.