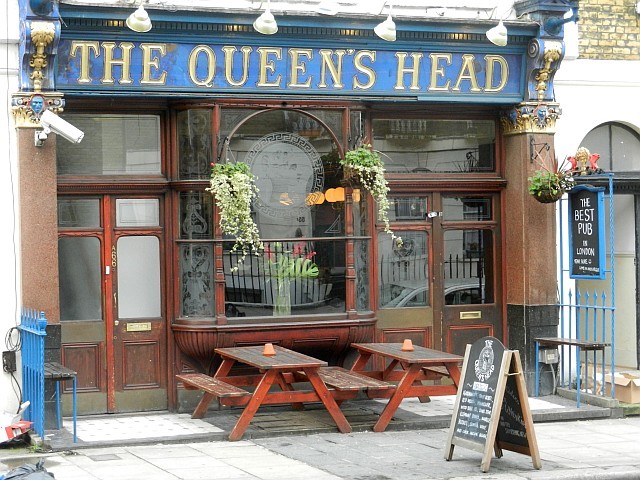 This pub was chosen editorially as one of the top 10 best craft beer pubs in London, 2014.

The Queen’s Head is one of those pubs whose minor ergonomic challenges tend to work slightly in their favour. Sure, finding an entirely comfortable drinking (or ordering) space can be a bit awkward at busy times, but here it seems to add to the place’s pleasantly bustling atmosphere.

This is another pub to have gained CAMRA’s public approval, though curiously not for beer – the bearded ones have actually declared the Queen’s Head to be a great place to drink cider. Not to worry though, this is still a great place to consume more sensible drinks as well. Their beer selection, while not vast, is usually well-judged with a handful of often locally-brewed offerings on both cask and keg, as well as some great options in the fridge. They also stock a fine selection of whiskies. Food is of the things-to-nibble-while-drinking variety – bread, cheese, cured meats, pies and suchlike – which works rather well.

Back to all Pubs Back to King's Cross
Click for Comments