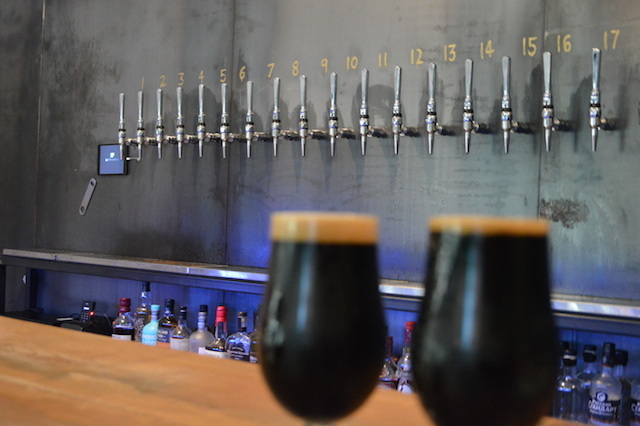 We're in two minds about this place. Not because it's lacking in any way, but is it a pub? Tucked in a backstreet beneath the rail arches, it's much more bar-like than pubbish, and self-describes as a taproom. Yet it stocks a phenomenal range of ales and ciders, so we feel duty-bound to include it. To hell with definitions... it's going in the Best Pubs database.

Mother Kelly, whoever she is, clearly attracts a certain craft ale stereotype. Showing up at 6.30pm on a Wednesday night, half the occupants were tapping away on MacBooks (not a single PC), and beards were in no short supply.

The staff are enormously helpful, and need to be. One can choose from 23 taps, using a numbered menu to decide. If that's not enough for you, a row of help-yourself fridges is stuffed with bottled beers from around the world, which can be taken away. Not a place to ask if they stock London Pride.

Space is a bit limited to incorporate a proper kitchen, but simple bar snacks such as a meatboard, bread and olives can be procured. Street food vendors can also be found nearby on Thur-Sun.

The vibe of the place is supposedly inspired by New York craft ale bars, and Mother Kelly wears her muse on her sleeve.

The owners have since opened a second venue in Vauxhall along the same lines, with much more space.