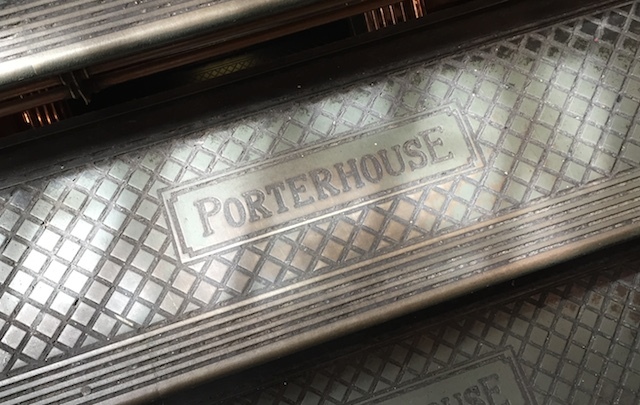 This pub was editorially chosen by Londonist for inclusion.

The Porterhouse is the London offshoot of an independent Irish brewer of the same name. This Covent Garden institution is right in the middle of touristville, and does indeed pull in many an out-of-towner. It's so cavernous, however, that you'll nearly always find a table. The interior is a maze of wooden walkways, booths and areas, neatly framed in brass fittings. The pub's website claims that the bar is spread over 12 different levels, although most of them are just a couple of steps higher than the neighbouring areas. We've also seen it written that this is London's largest pub. We have our doubts about that, but there's no denying its roominess.

The beer menu is also vast. This isn't so much about the kegs and casks — the offering is well above average, but not as well-stocked as, say, the Craft Beer Co. pubs. Instead, it's a near infinite range of bottles that won this place fame. Still, the various tipples from the Porterhouse brewery are worth exploring, and the oyster stout remains as reliable as ever.

If the darkened interior is too much for a summer's day, there's a small seating area out front on Maiden Lane. Also, look out for occasional live music in the basement.

Back to all Pubs Back to Covent Garden
Click for Comments