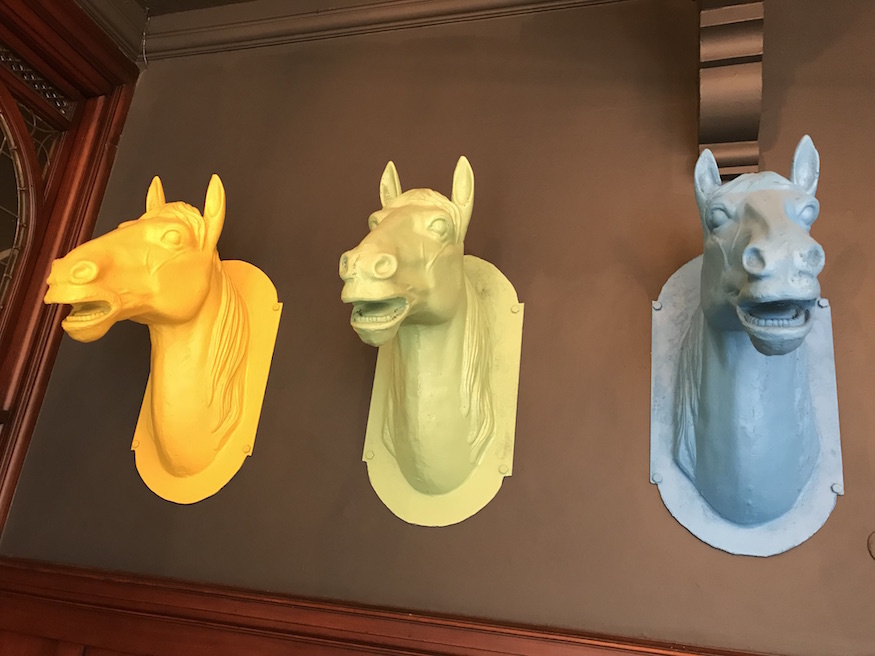 Could this be the most handsome pub in London? The grand old Edwardian building is decorated with glazed tiles, columns, balustrades and all manner of other architectural eye-candy from the pen of architect Nowell Parr.

It's almost a shame to head inside, but then the interior too is rather lovely. The pub spreads out over several rooms, all decorated a little differently. Seek out The Snug in the far left room if you want a cosy space, or plonk yourself down on the theatre-style seating in the main bar and face the world. An old courtyard round the back has been converted into a dining area, specialising in Thai food — a rarity for a Fuller's pub, though recapitulated down the road at The Forester by the same architect. And there's a tiny, weenie beer garden hidden alongside The Snug.

The OPH has been with Fuller's for 170 years, and dates back to the mid-18th century (albeit rebuilt in Edwardian times). It manages to hold on to its history while still looking modern. Not everybody is impressed with the 2018 refit, though. The addition of gaudy horse heads, glowing menu boards and other contemporary bagatelles has elicited a grumble from more than one traditionalist of our acquaintance.

One change that has everybody's approval is  the beer range. The usual Fuller's casks are now supplemented with an impressive range of ales from smaller breweries, served from keg. This is welcome news indeed to the sizeable cohort who long-ago tired of Pride, ESB, Chiswick and the like.

Finally, don't confuse the place with the similarly named, and less interesting Packhorse and Talbot a little further along Chiswick High Road.

Back to all Pubs Back to Chiswick
Click for Comments