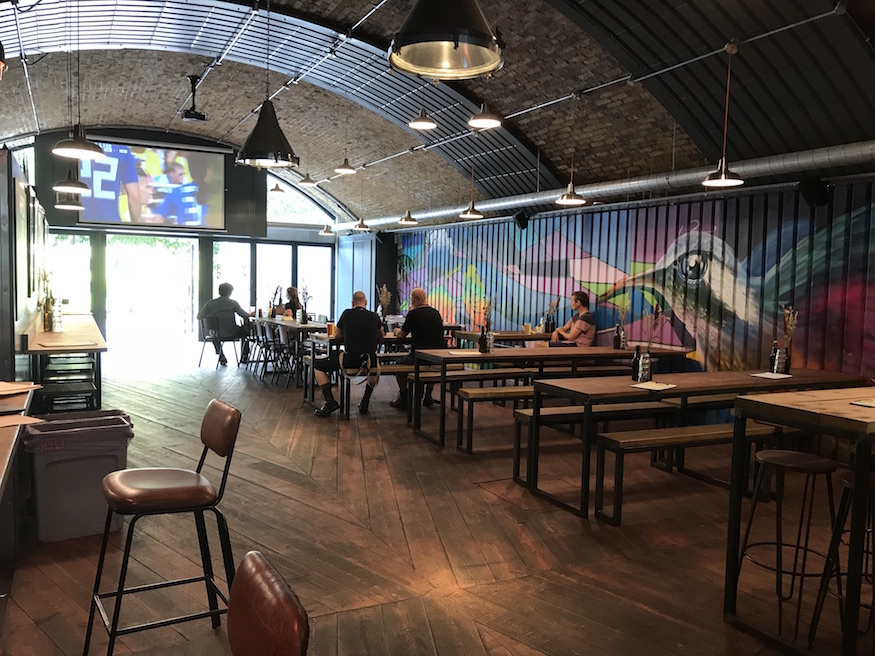 A few years on from their highly successful debut site in Bethnal Green, Mother Kelly's has opened another drinking hall beneath railway arches — this time in Vauxhall.

The cavernous space backs on to the so-called Vauxhall Pleasure Grounds — a rekindling of a name first used in the Georgian period. And there's much pleasure to be had within the bar, at least for fans of craft ale.

The place has more beer taps than just about anywhere else in town. A staggering 33 options present themselves, even more than the parent bar in Bethnal Green. They've got everything from an elderflower sour to a peanut butter jelly imperial brown ale (weighing in at a gut-busting 10%).

The bar doesn't have its own kitchen, but often teams up with food pop-ups during busy hours.

Seating is mostly at long tables spread throughout a spacious railway arch. With the constant rumbling of trains, it feels a bit like drinking in a barn during a thunderstorm. If that's all a bit too oppressive, a few tables are available outside facing onto the pleasure grounds, or at the front. A bottle shop for takeaways completes the picture.