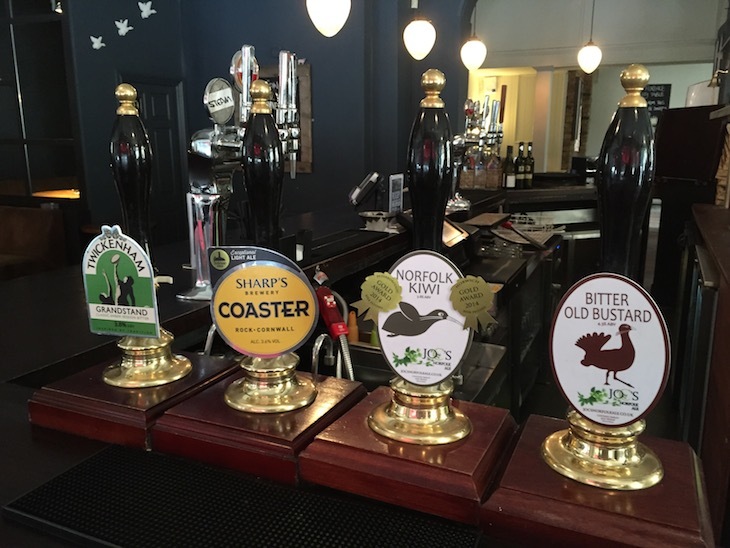 An exceptionally large pub, and it needs to be. Come the weekend, and the back end of the Florence is full to the gunwales with pushchairs, toddlers and Herne Hill's burgeoning middle class. During weekdays, it's an altogether more sedate affair. A Tuesday lunchtime saw no other customers.

Other than a capacious space for family outings, the Flo's other great selling point is its in-house brewery. This is no johnny-come-lately. In an age when brewpubs and microbreweries are popping up all over town, the Florence was among the very first in 2007. Famous brewmaster Peter Haydon later took over, and the site now trades as A Head in a Hat brewery from the Florence. The pub serves the home brew, plus a few exotic outsiders. It's a particularly convenient pub, so close to the Thameslink station and Brockwell Park — another reason it gets so busy at weekends.