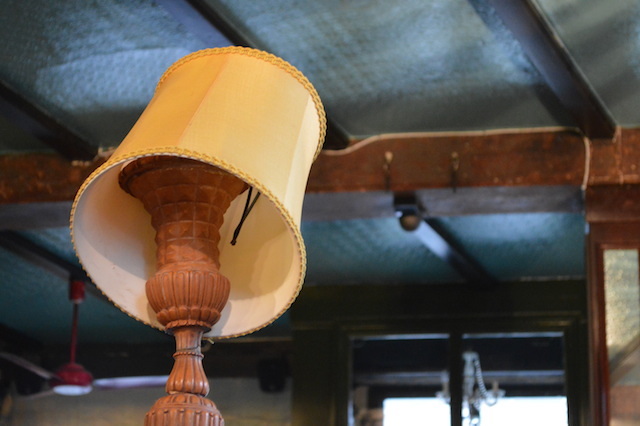 For good or for ill, the gentrification of Bethnal Green continues apace. A recent beachhead comes in the form of this shabby-chic pub from the Antic chain. The internal walls are battered and bruised, as though still recovering from the Luftwaffe. An original iron winch perches on a supporting column — supposedly too heavy to move. The furniture is straight out of your great-aunt Maud's sitting room. And the whole thing's housed in a pre-Georgian building. It's all aggressively anti-stylish.

And yet we can't help but fall a little in love with the place — an exceptional environment in which to relax with a drink (though it can get a bit chilly in midwinter). If all the studied tattiness is not to your taste, there's a slightly more polished anteroom and a surprisingly large beer garden out the back. As with all Antic pubs, there's a refreshing selection of beers (five cask pumps, none of which we'd tried before). The food menu is said to include 'occasional Jewish and Turkish influences', but there's plenty of pig-based dishes, and a rather intriguing 'Weetabix and malted chocolate ice cream'. You can also dine upstairs in the recently opened restaurant.