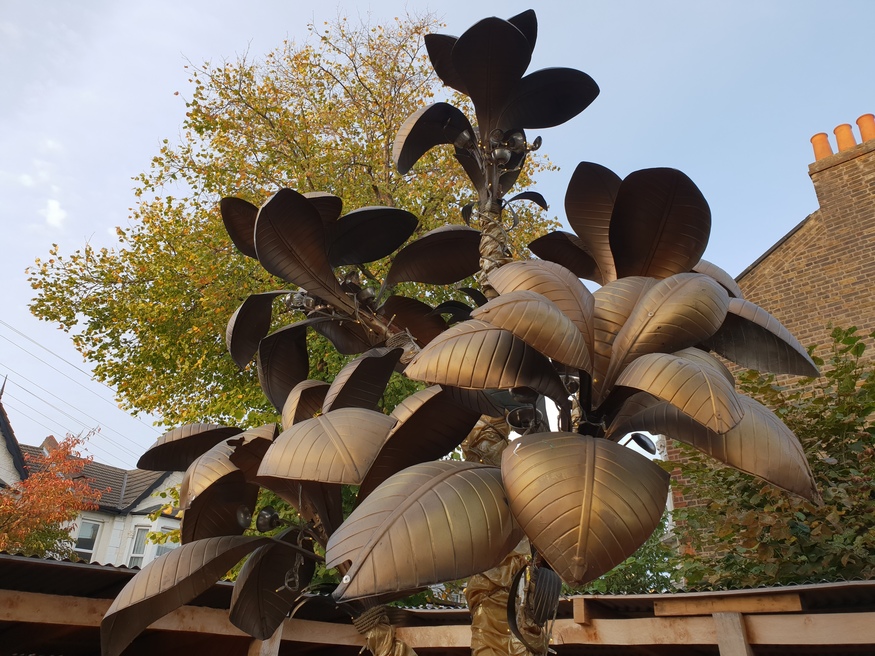 The Electric Star pubs form a reliable mini-chain of (mostly) east London pubs, now numbering five in total. The Leyton Star, formerly The King Harold until it was conquered by new owners in 2016, doesn't stray far from the brand's modus operandi — solid selection of booze, regular events (quizzes, DJs and comedy) and an aesthetic that oozes with personality.

What sets the Leyton Star apart from its brethren is its absolute unit of a beer garden. Do admire that bronze palm tree sculpture. There's plenty of booths — which can be reserved online — for you and a few mates to hunker down in and sup on pints. Most importantly, you have to go outside, to go back inside for the pub's pièce de résistance: its games room.

Inside the games room is not only table football, but an old-school arcade machine — two chances for you to show off your competitive side.

If that doesn't interest you, the Leyton Star is also pretty good at being a regular drinking hole. The beer selection is never going to blow you away, but look out for reliable favourites — Gamma Ray and Camden Hells, say — with just enough guests to keep you coming back.

Food is mostly burger based, but on Sunday it gets its roast on. Speaking of the weekend this is a great pub to go to if you've travelled over to Leyton for an Orient game and want somewhere to unwind afterwards. Sure it won't have quite the same football heavy atmosphere as some of the others a little closer by, but you're a lot more likely to nab a seat here, something that's surely necessary after the excitement of a trip to Brisbane Road.