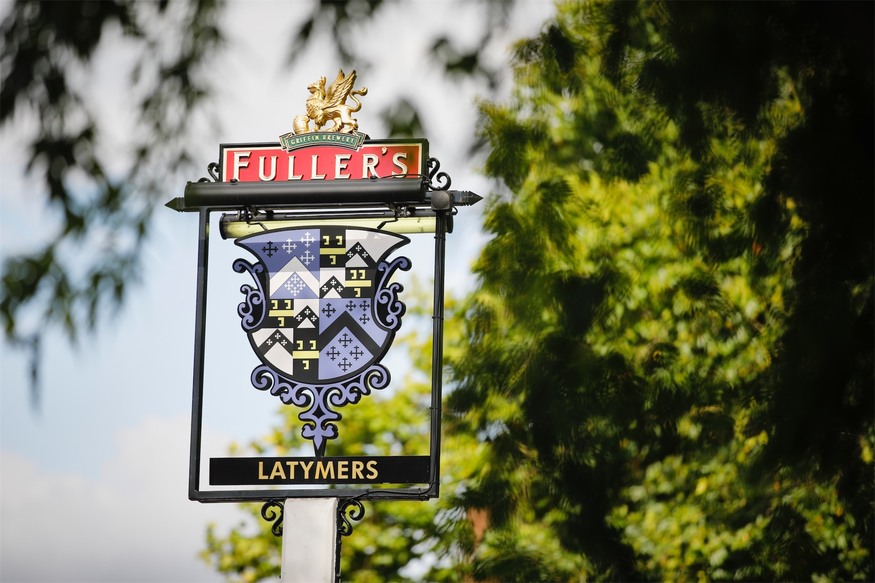 Thai food isn't exactly a rarity in British pubs, but it is a surprise to find the cuisine in this handsome Fuller's house. The chain more commonly serves up gastro-spun British and continental fare, so we had our doubts when our pub buddy suggested going here for a Thai.

This is no cursory gesture, either. The evening menu runs to dozens of dishes. What we see is expertly presented. There's a small English menu, too, if you must have your bangers and mash.

The main bar is as handsome as you'll find in Hammersmith. Eyes are drawn upwards to the vast ceiling mirror, which creates the illusion of a mezzanine. It's like something you'd find in a rock-star's bedroom — which is appropriate given the pub's former life as a music venue. Bands such as The Stranglers, The Jam and AC/DC played within these walls.

A further bit of pop-culture insight is provided by the pub's website: "The pub is also noted as the scene of Ray Winstone’s first ever acting job. He was an extra in an episode of The Sweeney which was filmed here, when the pub was still called The Red Cow."

The drinks range is very Fuller's, with the usual ales and a keggish nod to a few mainstream craft brands like Gamma Ray.

All in all, a good, solid pub with a Thai twist.

Back to all Pubs Back to Hammersmith