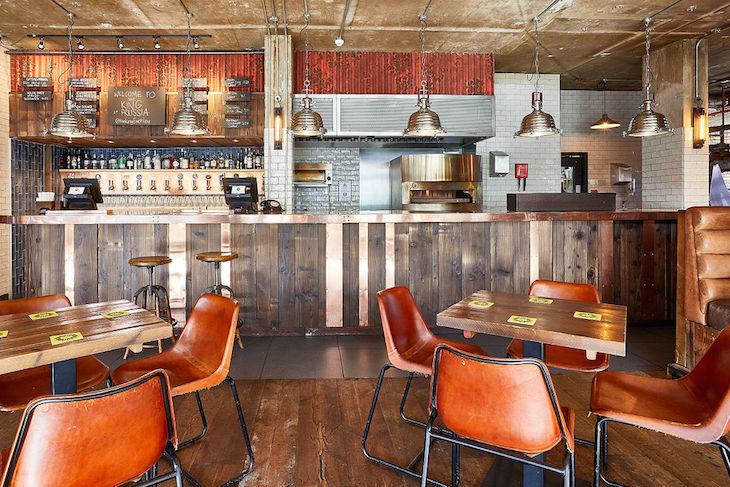 The Finchley drinking scene — if there ever was such a thing — has brightened up in recent years with the arrival of places like The Bohemia and rejuvenated Catcher in the Rye. The King of Prussia has now added a fresh option, and right on the doorstep of Finchley Central tube station.

Formerly the Dignity (or 'lack of...' as one local friend cruelly dubbed it), the Prush is a marvellous place if you're into heady, interesting ales. The ever-changing selection of 15 kegs is — as far as we've experienced — the best in all the Finchleys. (Watch what you're spending, though — premium ales can come at premium prices, and we were a little surprised at a session IPA north of £7 but under 5%. Jolly tasty, but that would be a very spendy session.)

This is a textbook 'early 2020s' pub, not just in its ale range but also its entertainments. Table football and shuffleboard are both present and correct, while the pile of boardgames could only be described as teetering. The brick-and-wood-and-copper fittings are also very a la mode.

Sourdough pizza is the a speciality here, with some intriguing combinations (stilton and mushroom; Morroccan lamb...). The Sunday lunch is also recommended, and family friendly, though we haven't yet had the pleasure.

Back to all Pubs Back to Finchley