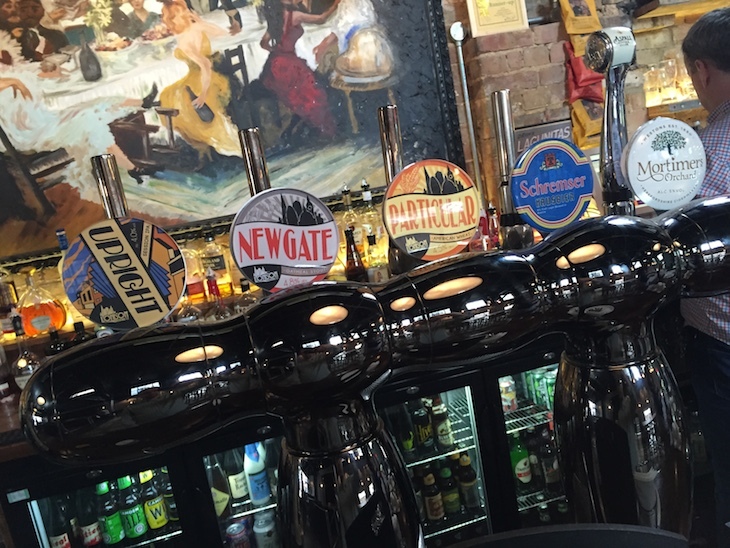 The Bohemia has sparked a minor argument here at Londonist. As sister to The Bull in Highgate and second of the London Brewing Company's pubs, it definitely deserves inclusion in this here collection of London's best drinkeries. It's just that... well, some of us think it's a bit soulless. Huge, beautifully decorated (check out the floor tiles and wall art), microbrewery down the far end, hip street food like wings and dogs alongside grub staples like fish and chips and burgers; it checks all the boxes except — maybe — that indefinable 'thing' that makes you love a pub. For some of us. The rest of us love it and told us to shut up.

So let's focus on what we're really here for: the beer. Obviously, there are London Brewing Company ales on cask and keg, but also a vast selection of bottles and cans in the fridge, taking in local breweries (Beavertown, Camden, Kernel) as well as from around the UK and Europe, plus a strong showing of those Stateside. Cider and wine drinkers are also well catered for. Don't feel like drinking in? Try the bottle shop with 33% off, or take along a growler for two litres of draft beer.

We were also impressed by the nice touch of jars of cucumber-and-water on the bar with glasses for anyone to get their free H2O: nice to see a pub that doesn't begrudge its free tapwater obligation.