Catcher In The Rye 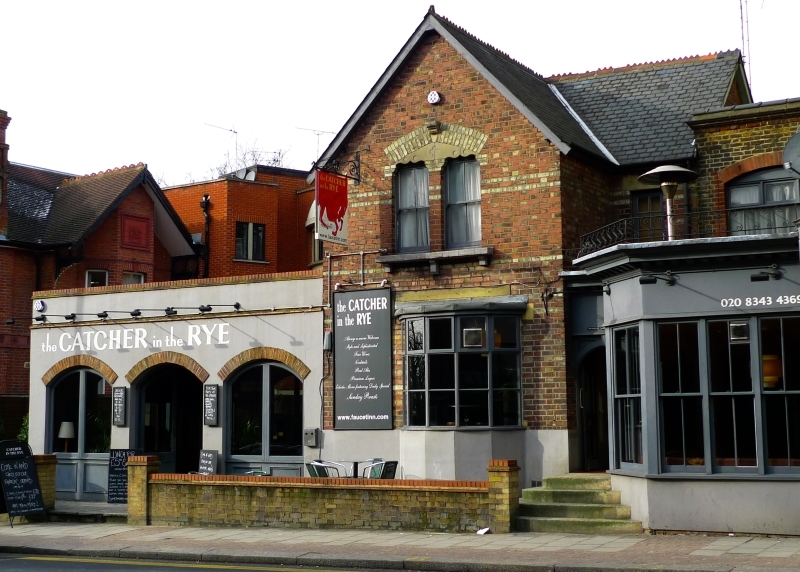 As one of the more heavily used stations in the northern reaches of the Northern line, Finchley Central has a baffling dearth of worthy pubs in its vicinity. The Dignity was once king of the area but a refit robbed it of all character, and it's since closed and turned into a hipster chicken restaurant. That leaves the Catcher in the Rye as the standard bearer in this neck of the woods.

The inside of the pub is on various levels. Should you want to walk from the street to the pub’s toilets you’ll be up and down a few times. The pub is enjoyably decorated with bric-a-brac, and brightly lit without being in any way gaudy.

There are just three beers on tap but a larger bottled selection on a list dubbed a ‘Quaffers Guide’. Around 20 wines make for an acceptable selection, and the food menu is pub grub made to sound fancy. You can eat anywhere in the pub, though the tables towards the back are laid out as a specific dining area. There used to be an electronic fish tank out here, until those were deemed too cruel (to patrons).

Small screens show sport, and there's free wifi. It’s a pub that, bless it, is trying hard to be the best it can be and is, by the process of elimination, Finchley Church End’s best. It makes our database not because it’s necessarily worthy of a trip in its own right, but has enough going for it to recommend it for a pint if you happen to be in the area.