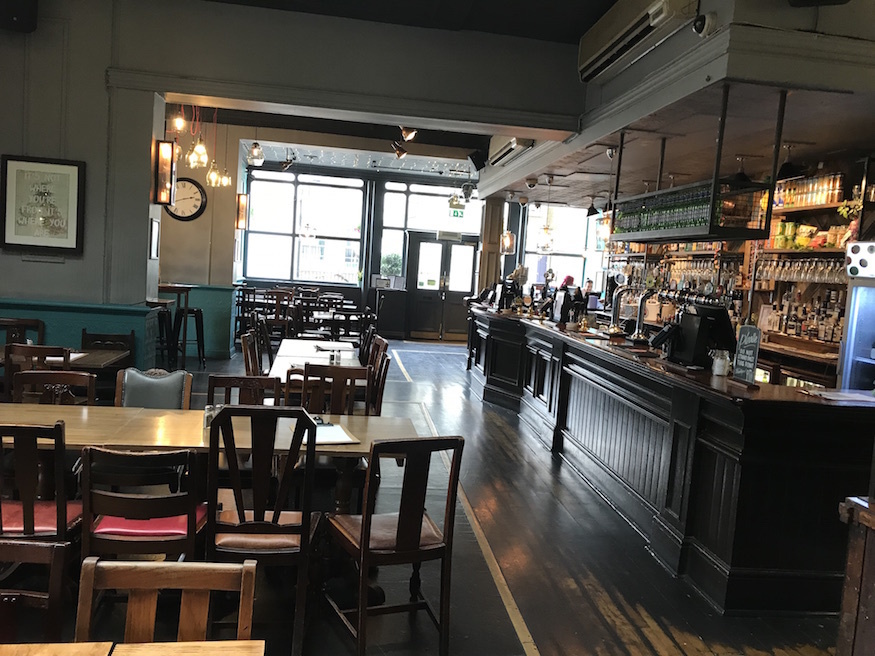 The Edinboro Castle is one of those pubs that tries to be all things to all people. It largely succeeds. It's well geared up for food, with a restaurant-like vibe towards the back, but the drinking space is also very convivial. Well-behaved dogs and kids are welcome. Sport is shown, but not obtrusively. It's a thoroughly pleasant place, and it's your best bet for a drink after a day at nearby London Zoo.

Best of all, though is the beer garden — the largest and most accommodating in the area. The outdoor space has its own bar and barbecue, and is bordered by a joyous chain of chalet-like booths. It's worth arriving early on a sunny day to bag one of these precious spaces.

The Castle is one of several in the area, each name-checking part of these Isles: the Edinboro for Scotland, the Dublin Castle for Ireland, the Pontefract Castle for Wales and the defunct Windsor Castle for England. According to legend, each served the navvies of the respective nation, who were in town to build the railways and canal. Keeping them separate in different pubs helped to suppress brawls. Alas, the story has been debunked.