Another Supertall Skyscraper Planned For The City Of London

By M@ Last edited 86 months ago
M@ Another Supertall Skyscraper Planned For The City Of London
The Square Mile could get a tower almost as tall as the Shard. New proposals for the site of Number One Undershaft call for an office tower as tall as 304 metres (the Shard is 309 metres).

Where will it go? On the site of the 118 metre St Helen's Tower, the brown monolith that skulks between the Gherkin and the Cheesegrater (pictured to the right, below). By our reckoning, St Helen's would be the tallest building ever demolished in London, with the exception of Old St Paul's Cathedral. 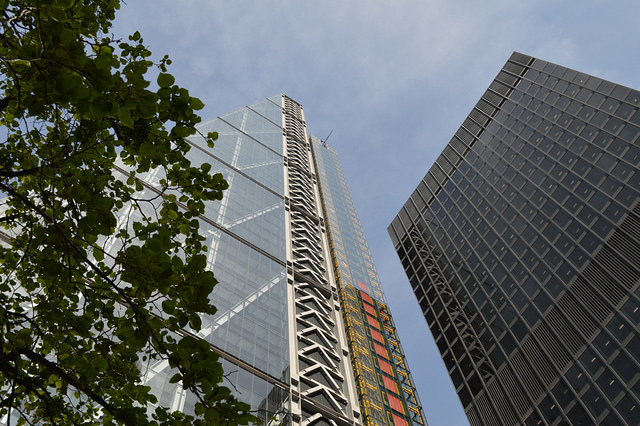 Who's behind it? The rumoured architect is Eric Parry, while the building's owner is Singaporean Kuok Hong Khoon, CEO of the world's biggest palm oil company Wilmar International.

Weren't there already plans for this site? Yes. Earlier this year, we described how St Helen's might be replaced by a sloping giant to match the Cheesegrater's profile. But now something even taller could be on the cards, perhaps as high as Civil Aviation Authority guidelines allow.

What will it look like? Unknown at this stage. However, industry rumours predict an obelisk shape, inspired by Cleopatra's Needle (we've done a rubbish mock-up above). The Guardian quotes an industry insider who thinks it'll look like a 'steroidal version of One Canada Square'.

What does this mean for the skyline? Such a tower would over-reach even 22 Bishopsgate, the recently revealed replacement for the Pinnacle building. A 304 metre tower would mean that London would have the two tallest buildings in the European Union (if nothing loftier is built overseas in the meantime).

What next? The tower has yet to be submitted for planning permission, so it's not going to start obtruding onto the skyline any time soon. We'll run an update when proper renders are available.